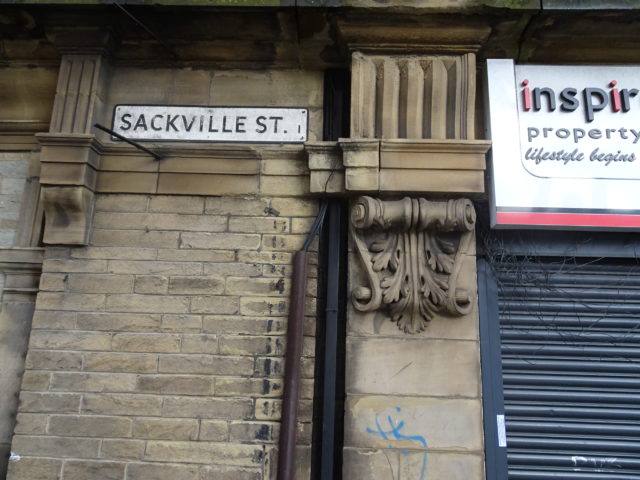 Sackville Street is as full of life as it ever has been but the nightlife businesses are a bit seedy. The street leads from Westgate down to Sunbridge Road. Or as some may have it from the Boy and Barrel James Gate to the Ambassador. 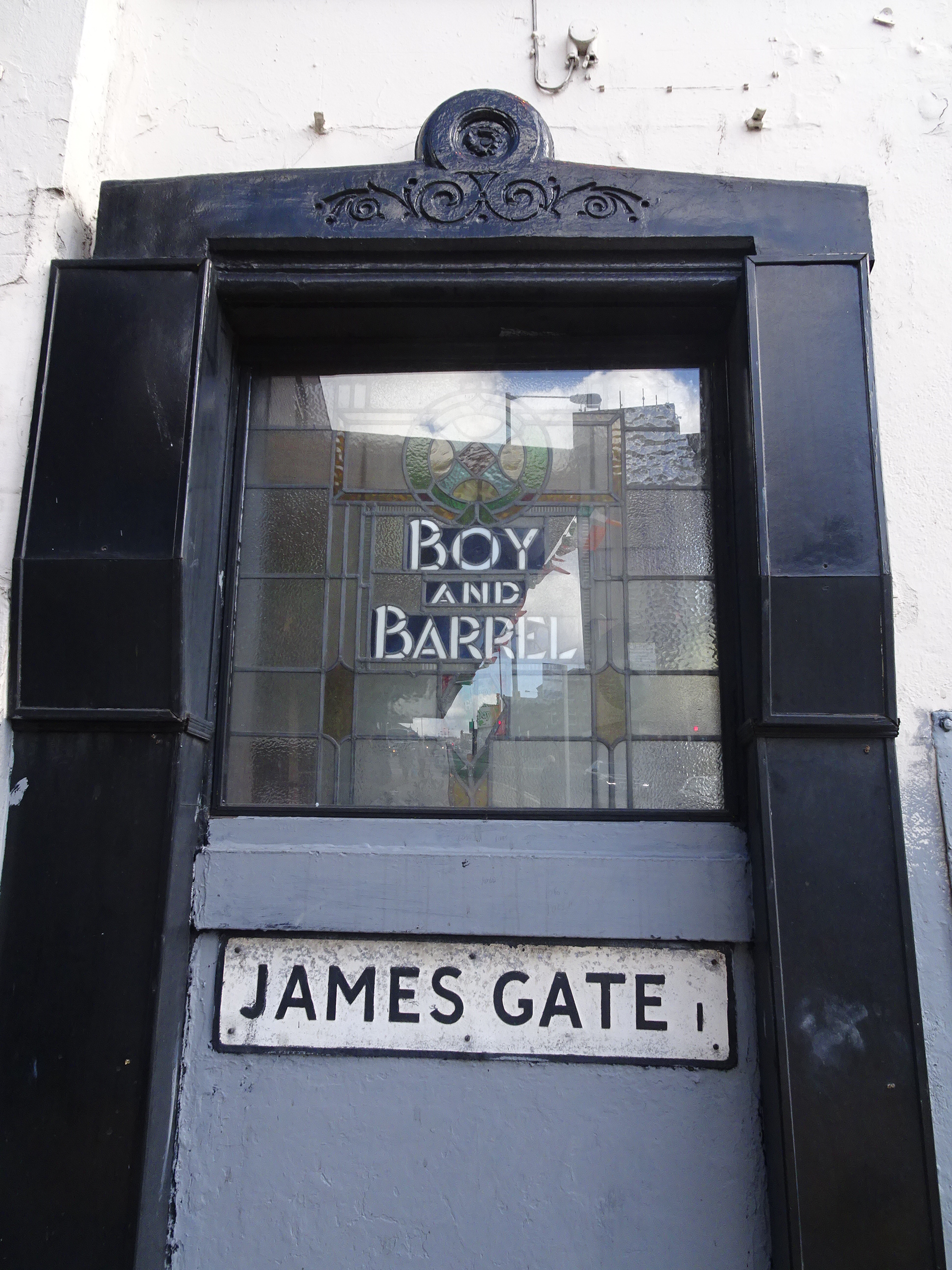 Despite some less salubrious buildings in this part of Bradford there is evidence of   former times when efforts were made to show the quality of the establishment one was entering. Now we see bricked up buildings and more graffiti below. 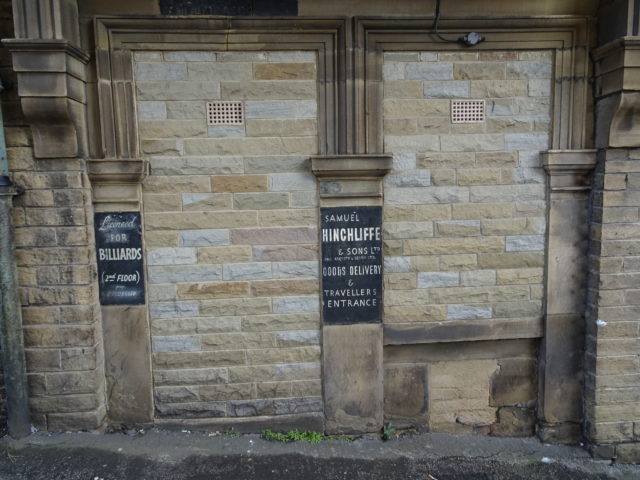 Billiard halls were oft times seen as dens of ill repute designed to lead youths astray by playing snooker, gambling and drinking under age. Many Burton shops has a snooker hall above the premises and as this photo shows the entrances were quite substantial and ornate. 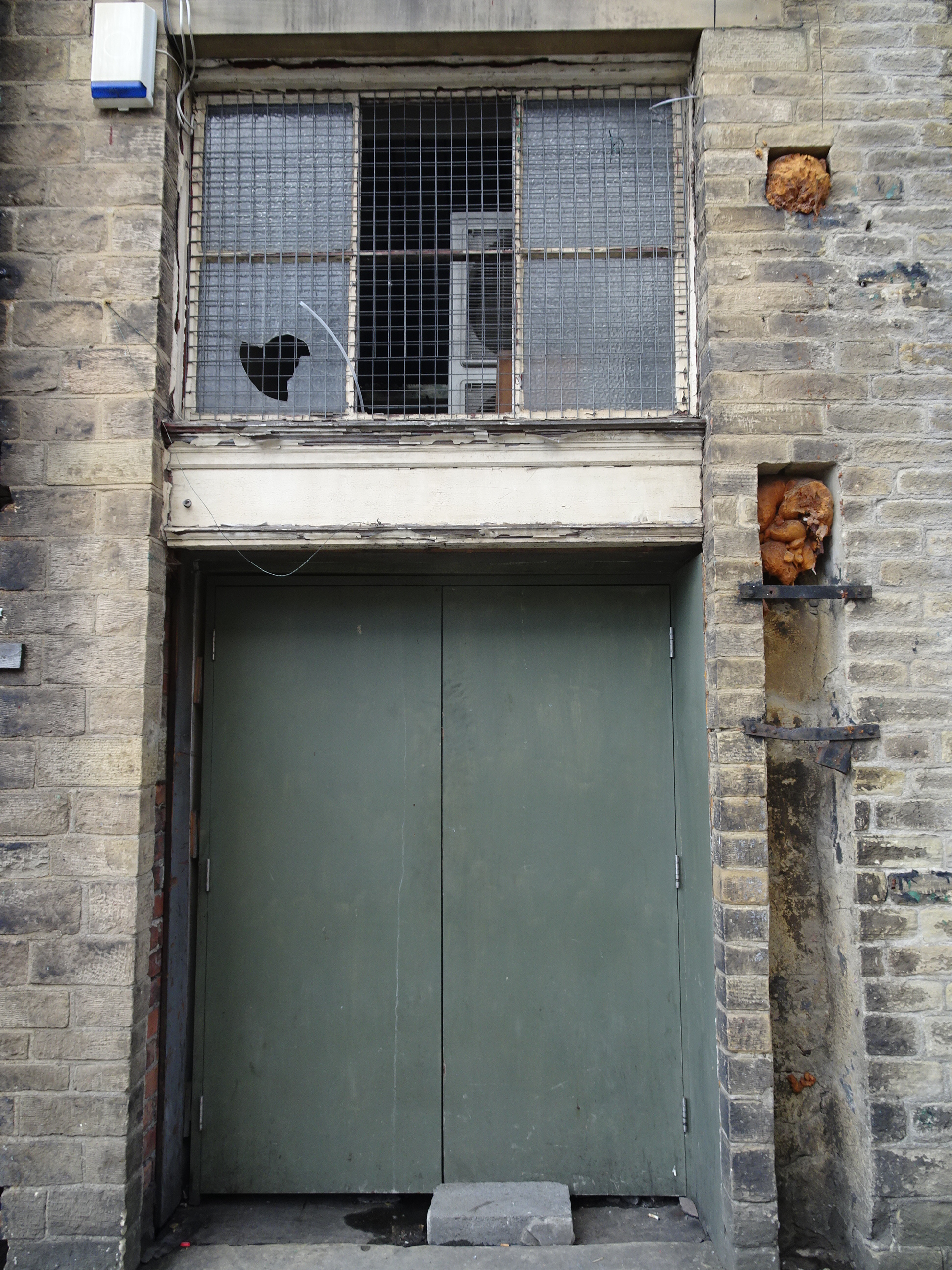 Back to Sackville Street where I like the modern burglar alarm for the building with a breeze block as door stop and wire mesh for windows.  Perhaps it is a fire alarm in case the exposed electricity cable sparks off the flaking posters 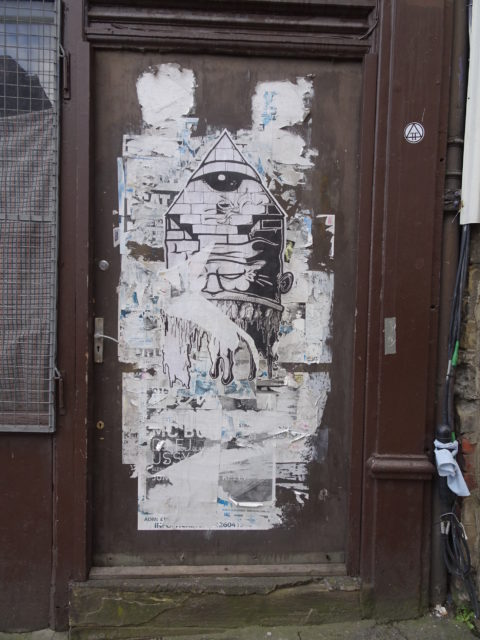 What will happen to Bill Stickers? 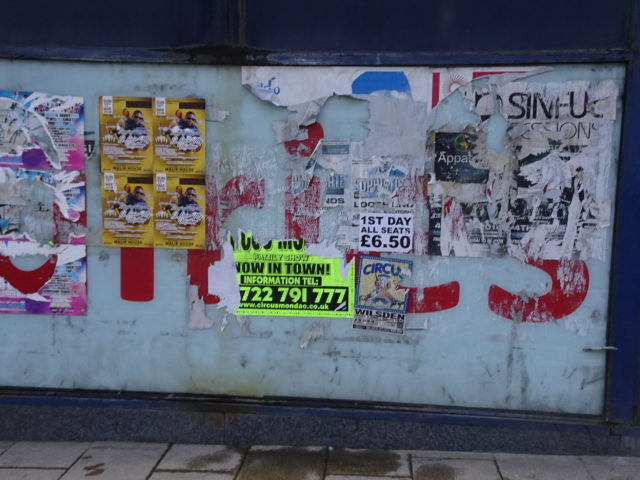