Tykes in Town for T’Jubilee

Menston had its own Tykes Jubilee events on Saturday 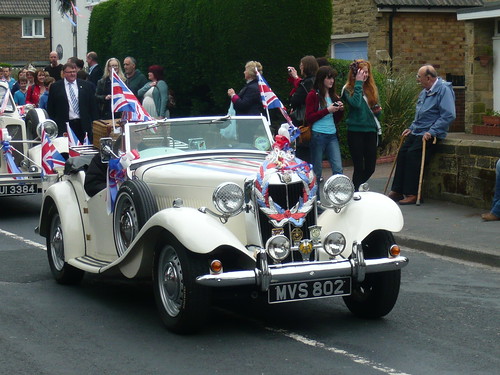 Our Village Procession in Menston was well attended and should have been a warning about the numbers of revelers we were likely to meet in London town the following day. 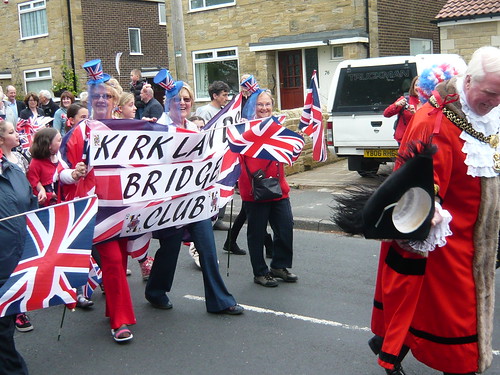 Her Majesty Queen Elisabeth II had a couple of extra folk from Yorkshire at the river pageant that was part of the celebrations for her Diamond Jubilee.
Taking the first local train into Leeds on Sunday morning and getting to London via Wakefield and Doncaster by 12.34pm (is the pm redundant?) we had time for a pub lunch before reaching the river. Had we known we may have hurried or skipped the pub lunch because it seemed like all 1.5 million visitors had chosen our spot on the embankment at Blackfriars to view the proceedings. 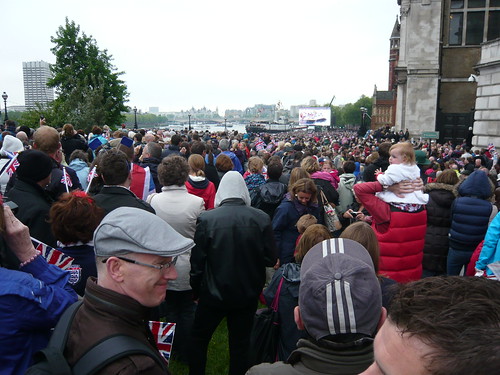 Our best view of the River Thames from Blackfriars with the crowd.
‘With a ladder and some glasses we could have seen the Hackney Marshes if it wasn’t for the spectators in between’.

Cold, wet and unable to see much other than BBC’s big screen we also needed the loos of which there were reportedly 2,000 along the riverside (not that I saw any). So it was off back to the pub(s) and their own TV screens. Warm, drying out, but totally mobbed we could enjoy a pleasant toast to the Queen.

Then a fair step through Covent Garden took us to the site of The Big Lunch and street festival on Piccadilly just as everyone was packing up. At least we can say ‘we was there’. To get dry again we popped into Waterstones, as Fortnum and Masons were closing, and bought a couple of books on Knitting. Then it was upstairs in a typical London pub where we got Shepherds Pie and Barbecued Spare Ribs to help us on the way back to Kings Cross. 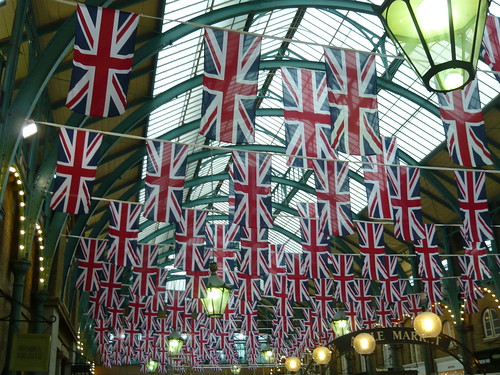 Jubilee Flags in the Roof at Covent Garden

Enroute to Kings Cross people even spoke on the tube an unusual event. There is always one who has had a better view, a nice lady (for a southerner) enjoyed telling us she got a seat! on the second row at London Bridge. Then she had time to go see all the Tall Ships below Tower Bridge and walked past Buckingham Palace to hear the musicians rehearsing for ‘The Big Concert’. Well we enjoyed all the pubs 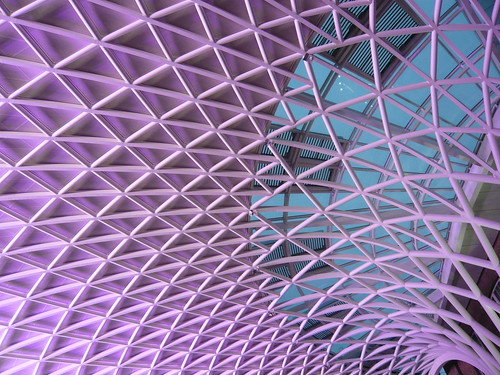 The trains all ran on time and the redevelopment at Kings Cross is taking shape or at least the new roof in the departure area is looking 21st Century not 19th. We arrived back home almost sober before 00.01am, yes I know am is redundant. The Tykes were no longer in town for T’Jubilee.