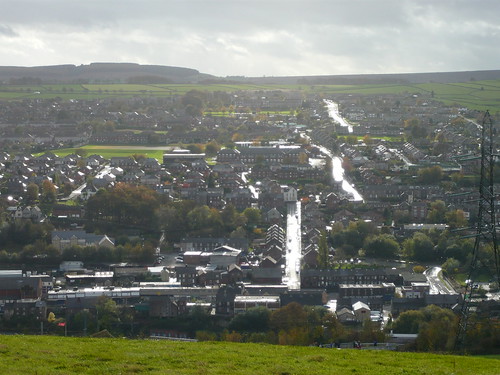 Stocksbridge is a sporting community 12 miles north of Sheffield that last weekend hosted the British National Cycling Hill Climb Championship. The ride up Pea Royd Lane tested all the entrants who were too shattered at the top to take in the splending valley views. The winners received awards from Town and City mayors at The Venue.

It is great walking country and the local town council offer free printable maps on this site.
The workers for Sammy Fox who opened the first Steelworks in the town in 1842 would have had little time to appreciate the hills around. As Steel manufacturing grew to dominate jobs in the town workers traveled miles by bus,foot and rail to work in the plants. During world War ll the town was subject to bombing raids yet continued to produce the quality steel the country needed. More on Sam Fox
Now all I can find is a is Chorus for Corus written by Tom Russel –

Other things are happening for the community such as the new development of 443 houses to be built at Station road Deepcar and planning approval has been given for a development of the Outo Kumpo site.
The Switch On of the Christmas Illuminations will take place on Friday, 4th December 2009 at the shopping precinct at 7.00 p.m where Deepcar Brass Band will be playing Christmas carols from 6.30 p.m.
Stocksbridge Park Steels Football Club, Tennis, Golf, Rugby, even photography clubs all seem to thrive. Stocksbridge Brass Band are still entering competitions 110 years after first forming. 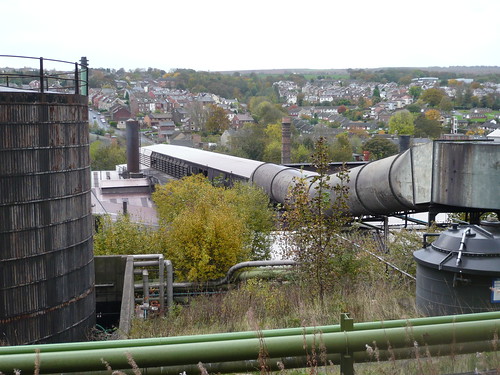 For a video of the hill climb see Cycling Info

This entry was posted in Our Yorkshire, Villages, Towns and Cities, Yorkshire Arts & Music, Yorkshire Sport and Pastimes. Bookmark the permalink.