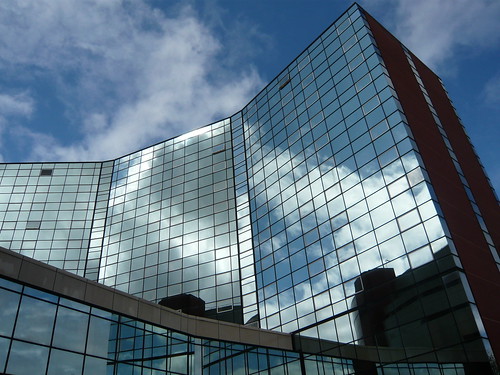 Architects are alive and doing well in Yorkshire. Construction continues at a reduced pace from that experienced since the millenium but several notable buildings seem to have appealed to the designers behind various constructions. The mirror effect from the glass at the Harrogate Conference and Hotel Complex represents the entertainment industry. 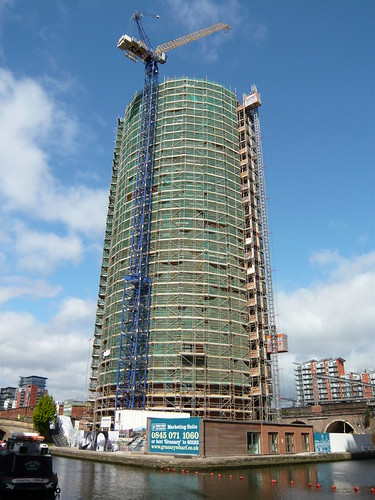 Between the river Aire and the railway station in Leeds is this circular mixed hereditament for retail on the ground floor, offices and apartments. Now nearly completed, it is hoped it is tenanted quickly and does not become Yorkshire’s own Centre Point. 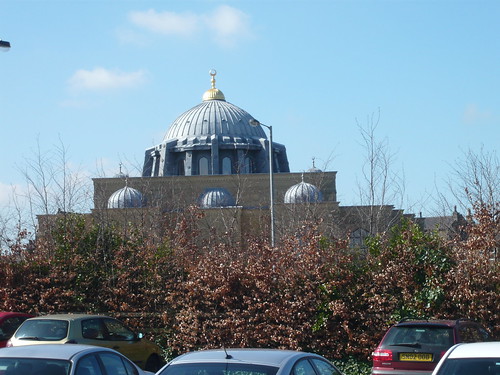 Middle Eastern architectural influences are on display with this Mosque in Bradford. Many other Mosques in Yorkshire have been converted from old buildings. The re-purposing of defunct buildings is a great environmental and aesthetic way of recycling. A shame so many City center facades were destroyed by concrete boxes with negligible style in the later half of the last century. 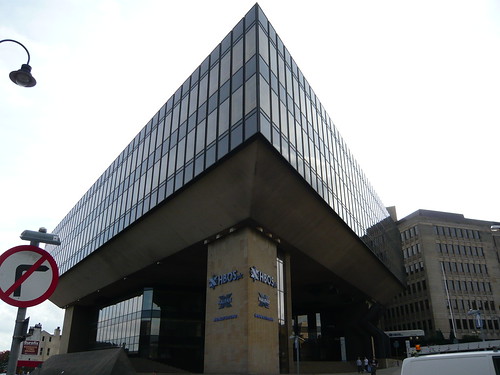 I do not know what to call this building. When new it was Halifax Building Society, then after Maggie’s privatisation it became The Halifax. Takeover fever saw it become the Yorkshire base of HBOS but last week it was re-signed as Lloyds Bank. Initially members owned it, then they were renamed shareholders, then capitalists took over but now our government and poor tax payers own the building and business behind it. (That supposes that the building as an asset and not a finance deal on some property companies books. Na! our government will have checked!)