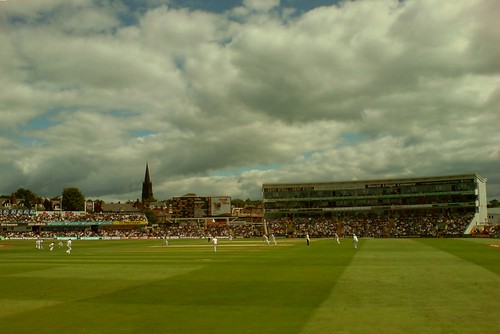 As the England team come to Headingley to start the 4th 2009 Test and the 24th Ashes Test  on this ground England are looking for an eighth win. Australia boast eight wins to England’s seven, while a further eight matches have been drawn. The ground is part way through a major redevelopment but the playing surface looks grand.

The scene is set for another epic battle with our old foes those Yorkshire men in exile the Aussies. The Western Terrace is no more but the support will be there. Let us hope for a great game and an England victory despite the lack of Yorkshire born talent in the England team.
The only weather forecast I have seen is that there will be ‘no change in the changeable weather’ so no draw I hope.