Hannah Hauxwell (1 August, 1926 – 30 January, 2018) Daleswoman and farmer. Hannah was born in  Baldersdale, North Yorkshire on Low Birk Hall Farm – which her parents owned. After a happy but frugal life at Low Birk Hatt Farm Baldersdale famous for being without electricity or running water Hannah has passed away in a nursing home near her cottage at Cotherstone.

By the time, she was 35, both her parents passed away, leaving her responsible for the farm and the 80 cattle. She could have gone to a factory job in Durham, but preferred to stay on the farm, despite the hard life. She managed the farm all by herself, despite the fact that in the 1970s, women were not allowed to attend cattle auctions, and she had to get a male farmer to take her cattle to market.

Too Long a winter

It is hard to believe that it was in 1970 that the Yorkshire Post ran a story that outed a new Star. After the newspaper article Yorkshire TV screened a documentary ‘Too Long a Winter’ about a middle aged, female, Yorkshire Dales Farmer. It was entitled “How to be happy on £170 a year”. In fact Hannah managed on around £250 a year, at a time when average UK salaries were £2,000. Her cottage, where she lived alone had no running water or electricity.

During winter, she could often go 10 days without seeing another person.

Hannah Hauxwell was to capture the hearts of a watching audience as she recounted her life that could have existed in the 18th or 19th centuries but was actually being lived in the late Twentieth Century. In her remote 78 acre hill farm in Baldersdale, without running water or electricity, Hannah Huaxwell became an author and soft spoken TV hit.

After the documentary, she began to received many letters of appreciation and a local business helped fund-raise to bring electricity to Low Birk Hatt Farm.

A follow up documentary programme almost 20 years later showed Hannah still in the farm with the odd extra cows but  with her strength failing. A ‘Winter Too Many’ told of the decision to move into a cottage in Cotherstone where Hannah at 82 still lives today. Hannah spoke fondly about the TV presenter, Barry Cockroft who was instrumental in producing the shows. “I was lucky he came, Mr Cockcroft, and I was lucky that he was who he was,” 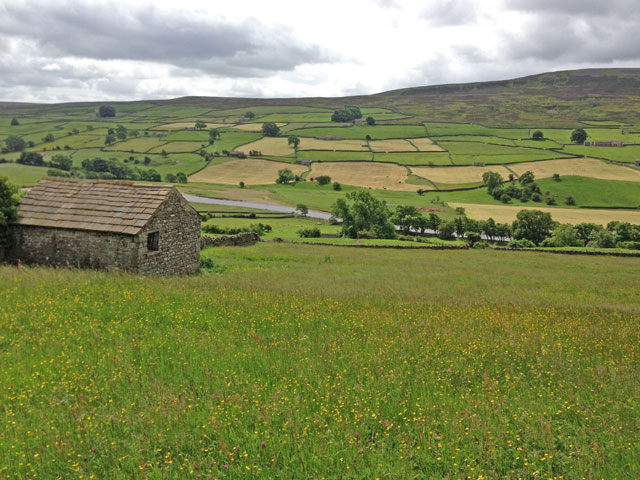 “there’s a lot to be grateful for, good friends and good neighbours.”

“I have a system to keep expenditure down to the bare essentials. I try to economise.”

What keeps you here?

“Attachment because my family lived here. The Lovely countryside. It’s a lovely walk. If I have no money in my pocket no one can rob me of it.”

Hannah comments on being a ‘celebrity‘

‘Don’t be daft, I’m just a plain Daleswoman. I’m just as I am. I don’t think of myself as anything special – if I did, I’m sure someone would give me a good shaking.’

‘Ooh, that was all a while ago. I shouldn’t think anyone will remember me now. I certainly wouldn’t go to the end of the village to see me…’

Commenting on the reality of farm life and a winter that lasted until May.

‘In summer I live in winter I exist’.

‘It would have been nice to have a bit more money, but I’ve always cut according to my cloth,’

‘Once, I went for a whole three weeks without seeing anybody, and another time, for two and a half weeks. Of course, I missed people.’ 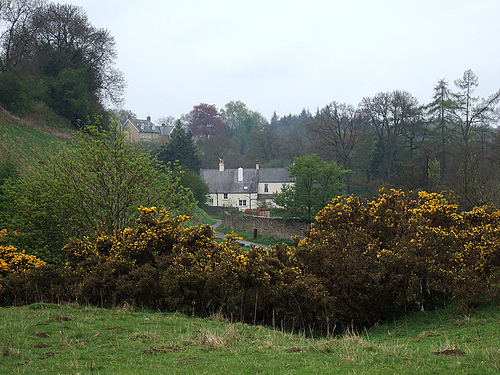 On moving in to a cottage in Cotherstone 1988

‘You can’t live somewhere all your life and have all those memories and walk away without being distressed – there’s chains that bind.’

‘I miss the trees the space and the water’

On being asked about her new washing machine –

‘I don’t know if it works, because I’ve never tried it. I do it by hand. It’s not one of my favourite jobs, but that’s how I’ve always done it.’

“There were little pancakes and tiny cakes. Which, for the occasion, I suppose was quite nice, but if you’d been doing half a hard day’s work, it would have left quite a gap.” 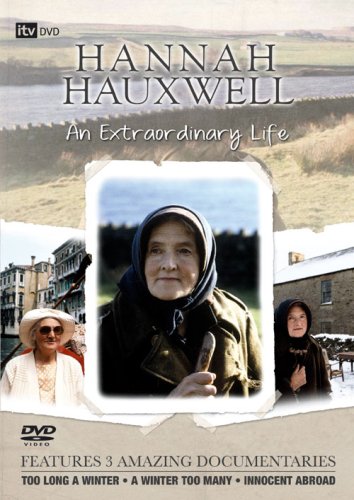 A review of this DVD by Freespirit on Amazon sums up how Hannah is perceived:

‘These 2 videos depict an extremely moving story about a wonderful lady who single-handedly runs Birk Hatt Farm in an isolated area of Teesdale. She is dignified, gentle & her animals are her priority. She has gone without herself to ensure that her cow is fed. This will move you to tears and transport you back to a bygone age of manners, politeness and England how it used to be. Simply wonderful.’

In 1992, Yorkshire TV made another documentary about Hannah’s first overseas visits, where she made a tour of European cities. It was her first time outside of England. Throughout her European travels, she got to shakes hands with the Pope and travel on the Orient Express.

After selling her farm, the traditional farm meadow has been designated as a site of special scientific interest. Hannah’s farming techniques eschewed modern pesticides and it was found her farmland harboured many rare wildflowers, not usually found on modern farms. 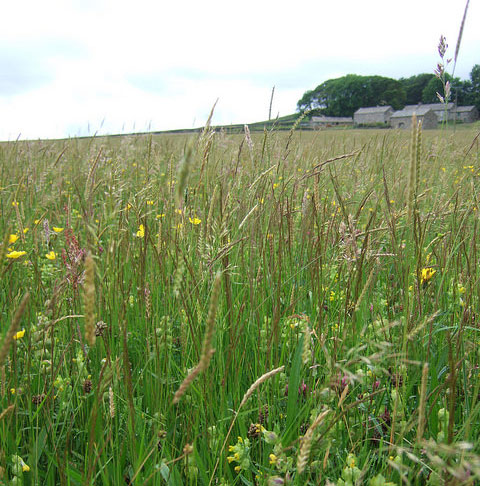 Cotherstone lies within the historic county boundaries of the North Riding of Yorkshire, but along with the rest of the former Startforth Rural District it was transferred to County Durham for administrative and ceremonial purposes on 1 April 1974. It is famous for local cheese and its famous resident Hannah Hauxwell.

Dating back to the 1750s, The Fox & Hounds sits proudly on the West Green in the picturesque village. Within an area of outstanding natural beauty and sitting next to a beautiful stretch of the River Tees near the river Balder the friendly and cosy atmosphere of this traditional country pub may be worth a visit.

This entry was posted in Our Yorkshire, Yorkshire Folk and tagged people. Bookmark the permalink.