Halloween Horsemen of the Yorkshire Apocalypse 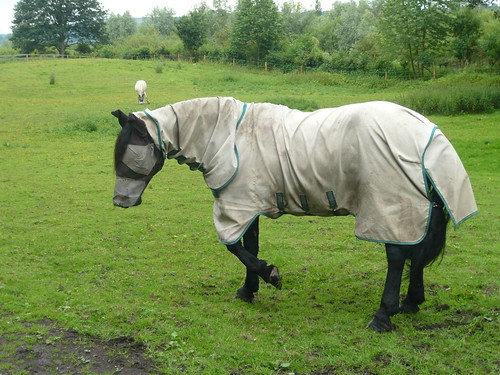 This Halloween horse in Bingley is getting ready to meet one of the 4 horsemen of the Apocalypse; Pestilence, War, Famine, or Death.  Alongside such an array of potential problems Trick or Treat pales into insignificance.

Long may Yorkshire and Yorkshire folk avoid such apocalyptic events.

One Response to Halloween Horsemen of the Yorkshire Apocalypse