If the Olympics gave medals for weather Yorkshire would win a series of Golds.
Rainbows would be a gold medal prospect for the rural dales, urban homes and seaside locations. 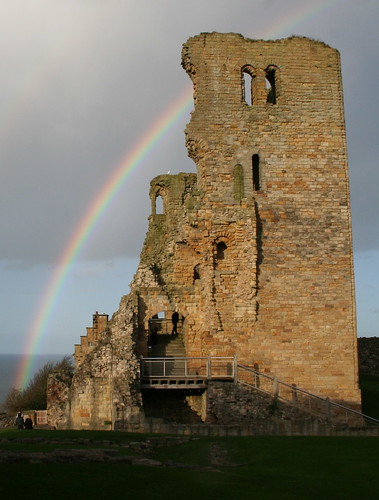 “The way I see it, If you want the rainbow you gotta put up with the rain” Dolly Parton.
If we were giving out honorary Yorkshire citizenships then Dolly would be one of the first. (I can say that because it is unlikely that we ever will). 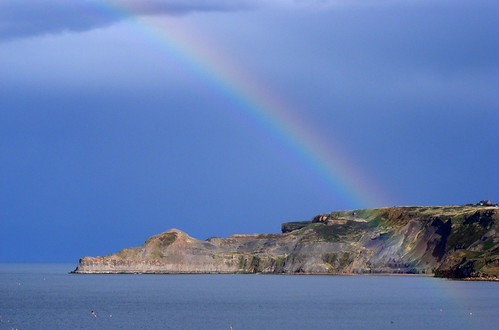 Crock of Gold where are you? Under the sea as you can see. 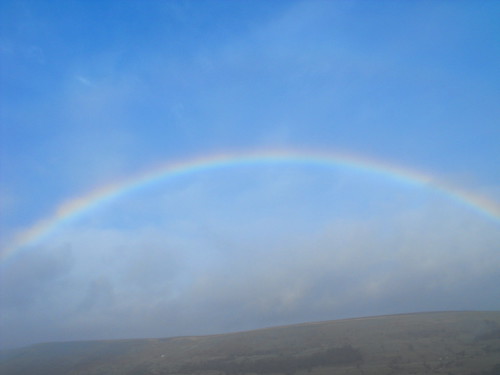 Even on a cloudless Dales morning the rainbows were still out in force.

Not everything is what it seems or so it seems.
Funny how rain makes flowers grow and buses disappear.
One good thing about rain, you do not need to shovel it.

Photo Credits
Rainbow – The Keep – Scarborough Castle by Tina_S_White CC BY-NC-ND 2.0
Yorkshire Rainbow by St Stev CC BY-NC-ND 2.0
Yorkshire Dales Rainbow by Ambersky235 CC BY-NC-SA 2.0
S3K: Up above the streets and houses… by RedDogFever CC BY-NC-SA 2.0 ‘For those of us of a certain age, Zippy, Bungle, George and Geoffrey are the words that spring to mind when you say ‘rainbow’.
This is a panorama shot taken with the S3000 in ‘Panorama Assist’ scene mode, and then stitched together using Arcsoft Panorama Maker 5, which was bundled with the camera.
Wish I’d got the second rainbow fully in, though… Cherry Burton, East Riding of Yorkshire, August 2010′
utley rainbows by jonsatticuk CC BY-NC-SA 2.0 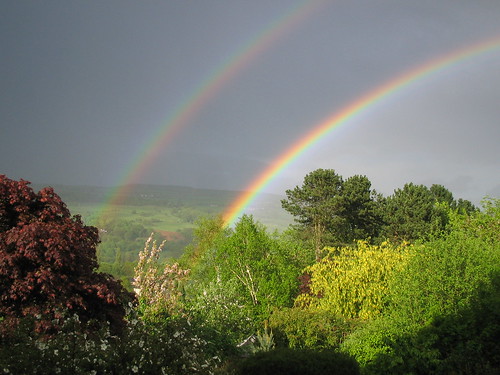 Two for the price of one – that is Yorkshire value! Not only that but we didn’t need twice as much rain to get the Gold for Rainbows but it helps.

One Response to Gold For Yorkshire Rainbows