Farnley Tyas The Finger Points at You 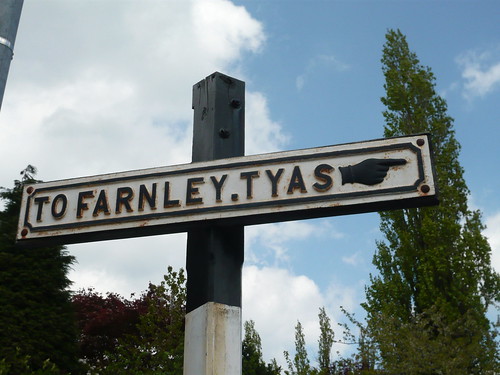 Farnley Tyas is surrounded by green belt situated on the edge of the Pennines close to Hudderfield. Farnley Tyas was mentioned in the Domeday book and got its current name from a family le Tyeis in the 13th century. They were landowners and may have also had land near Richmond at Middleton Tyas.

Farnley Tyas is set amongst beautiful meadows with woods and lots of wild flowers in May. Castle Hill stands 1000 feet above sea level and provides great views over the old cloth making village of Farnley Tyas. In the 18th century it was famous for ‘Fulling’ which involves scouring and thickening the cloth. This is followed by stretching the cloth on great frames known as tenters and held onto those frames by tenterhooks. It is from this process that we derive the phrase being on tenterhooks as meaning to be held in suspense.

Formerly a township of 1000 people the majority of the village is within a conservation area. It has a number of listed buildings, one of which is the Church, whose spire can be seen for many miles around.There are 18th and 19th century workers cottages. Unfortunately more buildings are being converted to executive housing and the nature of the village is under pressure.  The surrounding countryside is designated as an area of High Landscape Value and there are belts of bluebell woodland close to the Village. These areas are very popular with walkers, cyclists and horse riders.

The Golden Cock village pub for 400 years was owned by Bentley and Shaw Ltd of Lockwood and then returned to serve Black Sheep after a spell as a pretentious wine bar.

Almondbury on the hill over looking Farnley Tyas lacks a bit of TLC despite having a good local cigar supplier, a sign of a former opulence? The church is in very good order 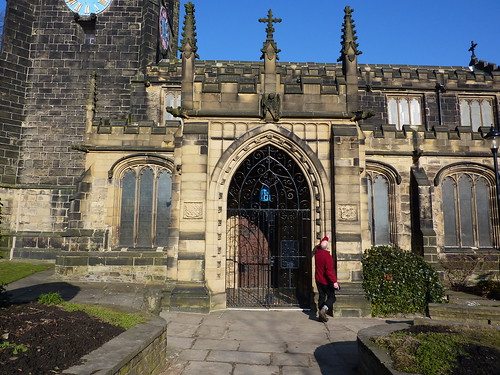 But what is this new HDR (High Dyanamic Range) for photographs? Apparently it exaggerates contrast and modifies colour for a painterly effect as can be seen on this other picture of Almondbury church. 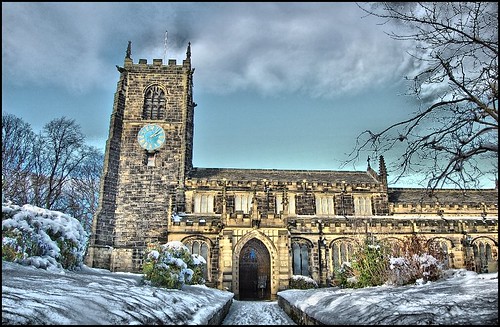 This entry was posted in Our Yorkshire, Villages, Towns and Cities. Bookmark the permalink.