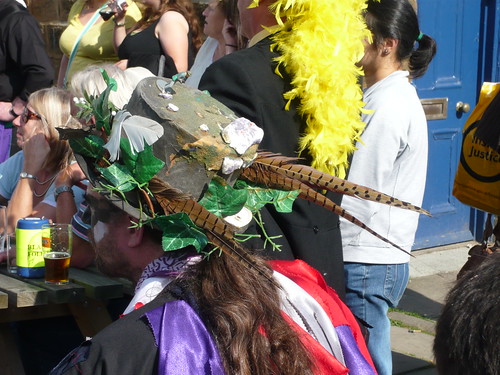 Olicana History Society and Friends of the Manor House are currently running a ‘Rombalds Revels’ event. With roots in the Middle Ages the theme will include music, street circus and dance with a big event on August 22nd 2009. Medieval music by Steven Tyler and his Hurdgy Gurdy will feature and a sample can be heard on myspace Steven is also playing at The Royal Armouries Leeds for 3 days over August bank holiday weekend.
At Ilkley, jugglers,stilt walkers, fire eaters, magic and the rocks, that are the remnants of Giant Rombald’s walk over the moors, will be on display. Funding has largely been provided by the Big Lottery Fund so most events will be free.

Throughout the year there are guided walks organised covering the many historical aspects of Ilkley. The balance of the August 2009 programme is outlined below.