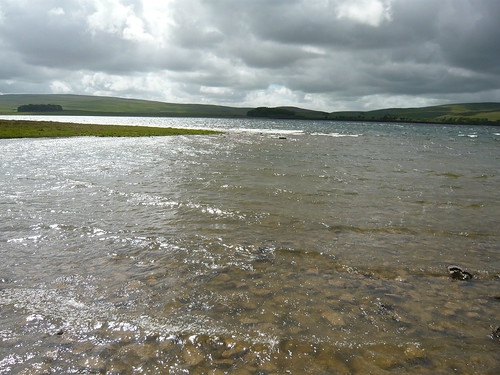 For generations the Foggitt family have kept records of Yorkshire weather and Bill Foggitt one of 3 children turned quirky weather reporting into an art form.  Reporting as far back as the Yarm cloud burst and floods in November 1771 the maintenance of weather records in Wensleydale and Thirsk has remained a Foggitt tradition.

Great-grandfather of Bill was born during the last ‘Little Ice Age’ events that many believe come around every 200 years or so. In 1778 the Thames froze for nine weeks ‘solid’ and in 1814 the last ‘Frost Fare’ took place when elephants were able to walk on the frozen river. Bill had a  great interest and belief in the cyclical nature of these Little Ice Ages and believed a new one probably started at the turn of the 21st Century. Bill recounted  experience from his parents back in 1895 when the winter was one of the severest on record. ‘Water mains throughout Sheffield froze solid and emergency carts had to be used.’

Bill remembered 29th June 1927 when he waited for the total eclipse of the sun as  ‘an errie chill darkness came upon us. The bird’s shrill dawn chorus abruptly ceased, recommencing a few minutes later….’   In August 1999 I was walking to Studley Royal when I experienced exactly those sensations but unlike Bill my musings were never likely to be picked up by the media.

Bill Foggitt (1913-2004) was asked to do a nightly spot on Yorkshire Television in 1980 called Foggitt’s Forecast and he became a local celebrity with predictions often proving more accurate than those of the professionals. His observations of nature’s creatures in relation to the weather, included quirky folk law about the behaviour of seaweed that becomes slimy before rain and pine cones that close up when wet weather threatened, were ideal for the media of the time.

The Yorkshire Weather Book by  & Len Markham is available from Amazon.

Bill Foggitt, was born in Thirsk and returned there after a period teaching in south Yorkshire. He died on 14 September 2004 aged 91, studied the behaviour of moles, flies, pine cones and seaweed to predict the weather, often beating the Meteorological Office at its own game.   Foggitt, the “Oracle of Thirsk”, embodied the accumulated wisdom not only of his own lifetime, but of his ancestors’. The Foggitts had been keeping weather records in Thirsk since 1830, when Bill’s great-grandfather, prompted by the story of a flood which had swept away part of the town of Yarm in 1771, began a weather diary in the hope of being able to predict such catastrophes.

This entry was posted in Yorkshire Folk, Yorkshire History and Heritage. Bookmark the permalink.