The Saw Doctors that great live band were in Yorkshire at the inaugural Kilnsey rock fest. They have 3 more dates in 2012 including Holmefirth Picturedrome and York Opera House.

Holmefirth Picturedrome
With such a remarkable intimate venue and outstanding sound system, The Picturedrome is a perfect place to see your favourite artists up-close and personal. It has a built in stage, a sizable dance floor and a state-of-the-art sound system. The stage is well lit with spot lights which creates a perfect atmosphere as all Saw Doctors fans will know.

Restored to its original magnificence and now a glittering jewel in Harrogate’s crown, this 1000 seat concert hall has to be the ultimate backdrop as the “Palace of Glittering Gold”. Turning up for the Saw Doctors some of the audience told me ‘they didn’t expect to be in a seated concert venue for this band but as soon as the first tune, Macnas Parade, started they were dancing and swaying down at the front of the stage like all good Saw Doctors concerts.

Folk-rock band Levellers who release their tenth studio album, Static On The Airwaves, on 25 June 2012 will appear at Harrogate on 29th September 2012 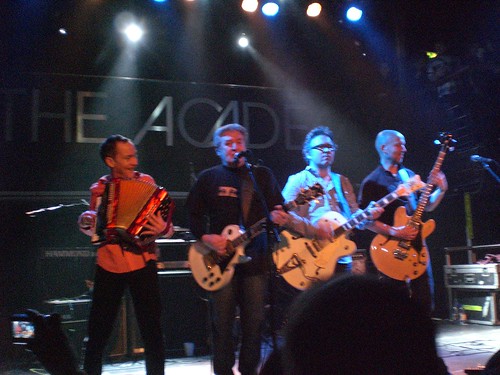 This entry was posted in Yorkshire Arts & Music, Yorkshire Trips and Places and tagged music, venues. Bookmark the permalink.