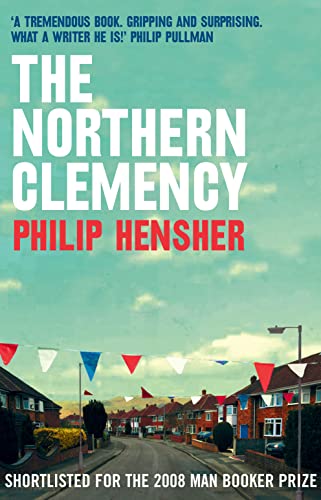 The Northern Clemency paperback edition  is a stonking good read about family life in a Sheffield suburb in the 1970’s-80’s. The hefty tome has a plot involving a mother who commits adultery with a drug smuggler, a slim teenager who becomes a tubby restaurateur and a sociology lecturer mixing with radicals during the miners strike. The sharp portrait of Sheffield and family life concludes with a violent finale as good fictions should. Appropriate reading as the Kellingley mine closes as the last deep pit in the UK.

This book was on the Man Booker Prize shortlist when the Times reviewed it thus ‘Engaging and hugely impressive. Hensher is an anatomist of familial tensions and marshals his large cast of characters deftly. He has an impeccable eye for nuances of character and setting, and the details of Seventies food and decor are lovingly done.’ the size and setting make this book value for money but the added literary merit encourages you to enjoy the read.

Philip Hensher was born a southerner although he spent the majority of his childhood and adolescence in Sheffield, attending Tapton School Crosspool.

(The Northern Clemency Hardcover and Talking book are also available)

The amazon review says ‘Essentially, this is an (upmarket) family saga, detailing the lives of a pair of families who live on opposite sides of a street in Sheffield in the 1970s, bringing to life a host of characters whose problems – and ultimate destines – both disturb and move the reader. Philip Hensher couches all of this in prose that performs a fascinating balancing act: it is as descriptive and nuanced as one might wish, but it is also extremely refined — in the sense that there is nary a wasted word; everything here absolutely justifies its place, and Hensher suggests to the careful reader that he has lavished the most forensic of attention on the craft of his novel….’