Do you love the Wombles, Bugs Bunny, Wallace and Grommit or other animation characters then get to see BAF at the National Media Museum in Bradford.
Bradford is getting animated so put a trip on your list of things to do this summer.

The British Animation Festival (BAF) takes place each November at the National Media Museum in Bradford. The UK’s longest running such festival features screentalks, retrospectives, workshops and a competition strand which recognises the very best in new animation from around the world.

An absorbing and poignant film, beautifully conceived and constructed with moments of real tenderness and drama. The jury almost forgot that they were watching a stop motion film.

This year two films festivals will be celebrating 100 years since the birth of a truly legendary director who brought the world some of Bugs Bunny’s, Elmer Fudd’s, Road Runner’s and Daffy Duck’s greatest moments in the Looney Tunes and Merrie Melodies cartoons. Chuck Jones was at the forefront of Warner Brothers’ golden era of animation, and they will be screening eighteen of his cartoons throughout the festival.

What about the Animation Gallery

Bradford’s internationally acclaimed Animation Gallery explores the history of animation and animated images, with an emphasis on animation produced in Britain. See some of your favourite characters, look back at animation through the ages and discover how animators bring drawings and objects to life.

For animation on the Small Screen you will smile again at the Smash Martian puppets, illustrating the importance of commercials to the survival of animation studios.
Continue to the realm of children’s animation to see a set from The Wombles, and artwork and storyboards from Bob the Builder. More fun is on display with the set for The Wrong Trousers, complete with Wallace and the notorious ‘Feathers’ McGraw.

For film buff explore the basic principles of perceiving movement and how animated drawings pre-date the development of moving pictures. Try your hand at optical toys such as the zoetrope, praxinoscope and the wheel of life. On display are major objects from the National Cinematography Collection such as Louis Le Prince’s single lens and 16 lens cameras, an Edison Kinetoscope and a Lumière Cinématographe, together with an interactive display showing how these devices work.

You can take a seat in our viewing booth to watch clips from animated films from 1897 onwards, then learn about range of animation techniques from cut-outs to computer animation, and the ever-popular stop-motion method. This section tells you about the work of Winsor McCay, Walt Disney, Lotte Reiniger, Norman McLaren, John Whitney, John Lasseter, and many other famous animators.

Watch clips of distinctly British animation and see original artwork, puppet models and sets from titles such as Animal Farm, Dangermouse, Morph, Andy Pandy, Jason and the Argonauts and Girls Night Out. 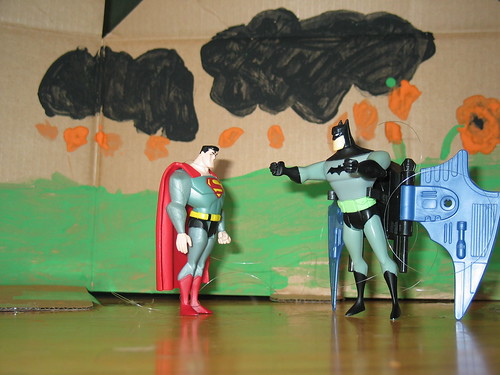 Ray Harryhausen is a world-renowned master of stop-motion animation famous for bringing mythical creatures to life in films such as Jason and the Argonauts (1963) and Clash of the Titans (1981). The museum recently acquired Ray’s complete personal collection including original models and artwork from his film career.

BAF Game, is the festival’s popular splinter strand dedicated to exploring the overlap between video games, animation and film and features presentations and masterclasses from key industry figures.

This entry was posted in Yorkshire Arts & Music, Yorkshire Trips and Places. Bookmark the permalink.