The North Yorkshire settlement of Settle may have been populated by Angles in the 6th century and there are prehistoric remains amongst the limestone hills nearby. 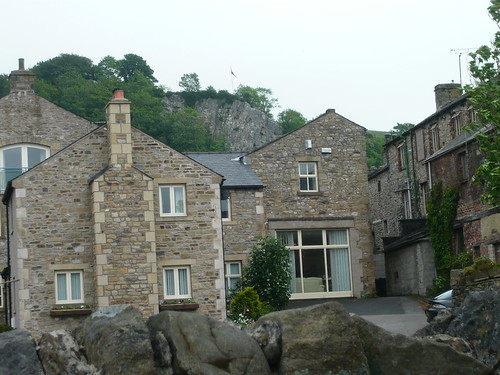 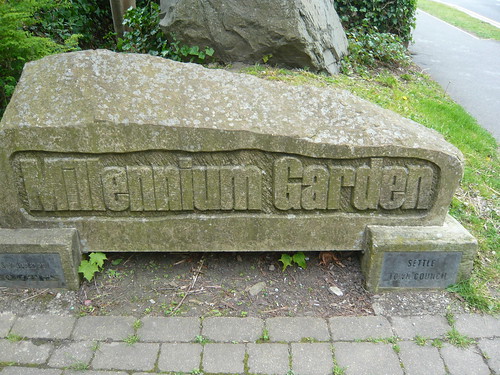 Market day on a Tuesday in hectic. Buses and coach trips visit Settle on other days as well but if you want peace and quite get on your walking boots and head for the hills.

The church is set under the hillside not far from the Ribble. I was taken by the use of the church grounds to grow rhubarb and other edibles under the protection of the church walls, to say nothing of the surrounding hills. 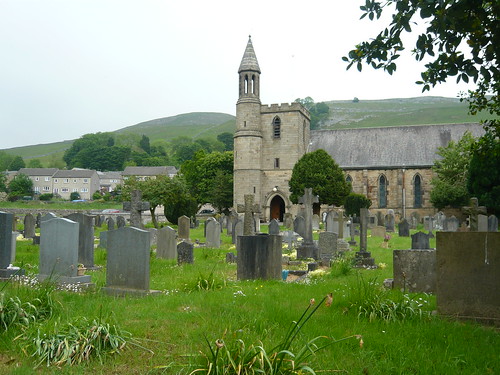 The best known cafe is The Naked Man in the square. One of the original ‘comedians Ken Goodwin ‘ had a catch phrase ‘Settledown now Settledown’ and for a longtime there was a greasy spoon cafe with that catch name.

George Birkbeck the founder of Mechanics institutes was born in Settle. His  monument is in St Akelda’s church in Giggleswick.

All that is left to do after a bracing walk is Settle down in Settle at the ‘Settle Down’ cafe named after, getting married, a comic catch phrase or  resting prior to going to sleep. Alternatively it is one of the good pubs for a Yorkshire pint.