Take a Turkish Bath to Unwind your Mind 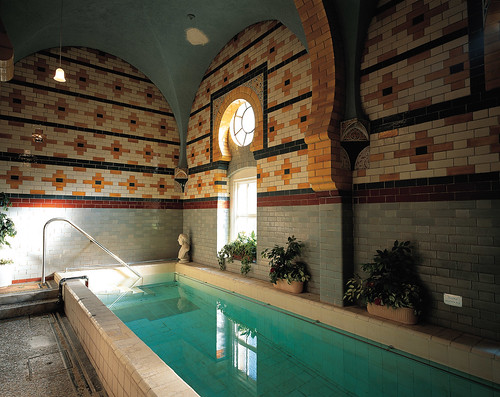 Pamper yourself at the Turkish Baths in Harrogate. In the 21st century it is seen as a luxury way of relaxing but it was not always so. At one time it was a treatment and possible cure for a range of diseases.

In 1596 William Slingsby discovered a chalybeate spring in Yorkshire and that became a forerunner to Harrogate’s prominence as a Spa town. He built an enclosed well at what became known as the first resort in England for drinking medicinal waters.

The Victorians built the current Turkish bath which is still operating from the entrance on Parliament Street. the Moorish design includes elaborate Islamic images, arches and screens. 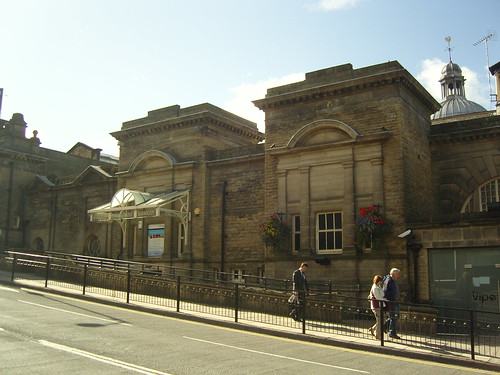 As the Bath’s promotion says it is a place to ‘unwind your mind and invigorate your body’. A minimum 90 minutes is recommended and towels are provided. Children under 16 are not permitted because you go for relaxation and kids can prevent you doing that.

Areas have Roman names rather than Turkish ones; Tepidarium is the Warm Room, Calidarium the Hot Room and Laconium is the hottest Room to purify and detoxify the body by opening the pores and stimulating the circulation. Then you can take the plunge in guess what the Plunge Pool. 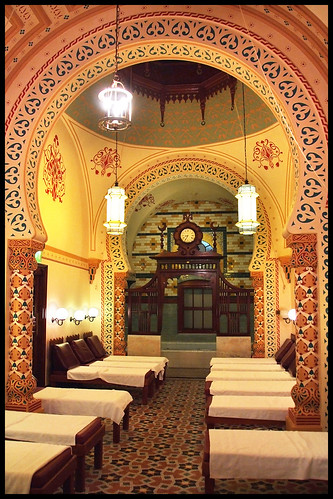 Credits
Turkish Baths by UK Pictures CC BY-NC-ND 2.0
Harrogate by kpc CC BY-NC-ND 2.0
Bath Time by Superlekker CC BY-NC-SA 2.0 ‘Victorian Turkish Baths in Harrogate. Where staring at the ceiling is utterly entertaining, not to mention to very very hot rooms and nice steam to make you so clean… Believe me, two hours and a half in there just fly by.’