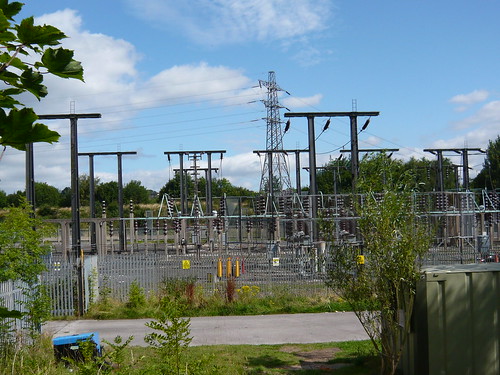 I don’t want to ‘Pylon the agony too much but here are a couple of bright sparks from Monty Pylons Flying Circuits telling jokes.

The last Yorkshire man to be executed in the electric chair was Fred Watt. His obituary writer wanted to put on the best face so he wrote :-
“Fred Watt occupied a chair of applied electronics at an important American government institution, he was attached to his position by the strongest of ties, and his death came as a great shock.”

Why did the lights go out?
Because they liked each other.

A vacuum salesman appeared at the door of an old lady’s cottage and, without allowing the woman to speak, rushed into the living room and threw a large bag of dirt all over her clean carpet. He said, “If this new vacuum doesn’t pick up every bit of dirt then I’ll eat all the dirt.”

The woman, who by this time was losing her patience, said, “Sir, if I had enough money to buy that thing, I would have paid my electricity bill before they cut it off. Now, what would you prefer, a spoon or a knife and fork?” jokes4all.net/

If that didn’t shock you you may be interested in joining the Pylon Appreciation Society. Get your whats & amps before you go Ohm.