County of Shopkeepers and Jokers 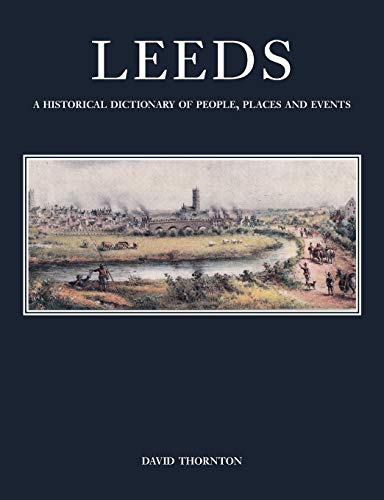 Yorkshire has been the birthplace of many retail organisations. Where would the high street be without  Asda,  Morrisons and Marks & Spencer just for example.

More to the point where have names like Burtons the Tailors and Crockatts the Cleaners gone? Both these businesses owed their start to the Burmantofts area in Leeds.

Asda only became nationally known in 1965 having been Associated Dairies and Farm Stores prior to that. The original dairies grew from the advent of milk pasturisation in the 19th century and by the early 20th  Century West Marton and Grassington dairies combined to become Craven Dairies a subsidiary company of Hindell’s Dairy Farmers.  In 1928 Hindell’s expanded into selling pork products and by the end of the second world war had nine companies, eight dairies, two bakeries and various farms employing over 1200 people.

In the 1960’s a bingo hall in Castleford was converted into a supermarket by the Asquith family with late night opening and ‘Permanent Reductions’. They offered Associated Dairies, formerly Hindell’s,  the fresh food and meat concession but a merger was agreed and a new company Asda Stores Ltd was formed. The move southward was started by the purchase ‘Gem’ supermarket in Nottingham and the opening of a store in Chelmsford. Loaded with debt in the 1980’s Archie Norman was brought in to revitalise Asda until the American outfit Walmart took over.

Marks & Spencer has just finished a sales promotion celebrating 125 years since the business was started in Leeds . Michael Marks an immigrant fro Russia started peddling goods around the Leeds villages before taking a pitch at Leeds open market. Working hard he also took pitches in Castleford and Wakefield until Leeds covered market opened with 6 day trading.   Using sales patter that included ‘don’t ask the price it’s a penny’ and the ‘original penny bazaar’ he probably taught modern day ‘Poundshops’  just how to do it.

Many penny bazaars were opened in the late 1890’s and original lines for sale were supplied under six categories, Haberdashery, Hardware, Toys, Stationery, Earthenware and  Household Goods. In 1894 Thomas Spenser the bookkeeper at Marks’ supplier joined Michael Marks and thus Marks and Spencer was formed.  By the end of 1900 they had 12 shops and 24 market stalls and the headquarters was moved from Leeds to a modern warehouse in Manchester. Thomas Spencer died in his 50’s and Marks was only 48 when he also died but the growth of the company continued so that by the 1914 war there were 140 outlets across the country.  Jumping forward to 2009 and ‘Your M&S’ the latest incarnation it make you wonder how much more could have been achieved if Micheal Marks had lived another 20 years.

William Murdock Morrison was born in Chickenley Wakefield, adopted at seven and apprenticed to a Bradford grocer. In 1899 he set up his own business based on a market stall with closeable curtains. This was similar in format to other grocery retailers like Redmans, Maypole and Drivers. The depression was a time of problems for the business but in 1931 Kenneth Morrison was born (Ken also had two sisters.)  The main shop in Rawson Market Bradford was bombed during the war. In 1950 Ken Morrison was doing National Service when his father died. Ken’s mother a strong lady with great sales skills wanted to know if she should keep the business going for Ken’s return and we know the answer. In 1958 keen to exploit the new self-service concept they were looking for suitable premises. In 1961 they opened in the former Victoria Cinema at Girlington and then Bolton Junction on the other side of the Bradford. Morrisons also innovated with the first supermarket  petrol station on their Morley site. Ken Morrison was knighted in the millennium honours list and the takeover of Safeways was digested by the enlarged group before Ken recently took a well earned retirement.

This entry was posted in Wit and Humour, Yorkshire Business and Money and tagged business, shops. Bookmark the permalink.

One Response to County of Shopkeepers and Jokers