Yard of Ale at Whitelocks The Turks Head 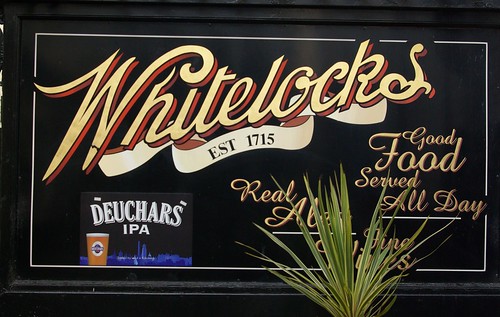 Leeds Pubs hide there light under a bushel or in a back yard in the case of Whitelocks. Run by the Whitelock family for 90 years during the 19th century Whitelocks was renamed from the original ‘Turks Head’ but the long narrow passage way where it is located is now named Turks Head Yard.

A  ‘Yard of Ale’ is what you can expect or several yards of copper bar with numerous hand pulled and beer engine pumps to serve you a great selection of ales real and chilled. Beer at its best served in the old style. Whitelocks is worth a visit for the mirrors and polished copper alone but they have a long reputation as a luncheon bar and serve good Yorkshire grub. I remember being fascinated 40 years ago that part of a pub had white linen tablecloths and there were 8 tables similarly adorned at lunchtime last week.
If you don’t want food with your drink go in an evening or drink outside in the long thin passage way that leads from Briggate to Trinity Street (back of M&S to people in the Man Creche). 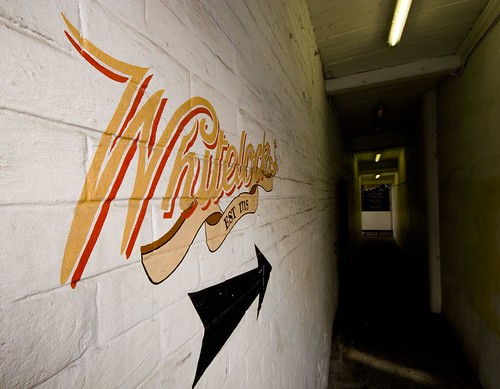 I ventured in to Whitelocks last week as I remembered they had a toilet out in the yard only to find it locked and accessible only through the bar so I felt I must enter. With the drink I then consumed I put in more than I took out so to speak!
It is over 40 years since I first supped in Whitelocks but a small time compared to the 297 it has been open. I must make a note to visit in 2015 when they celebrate their 300 year anniversary. 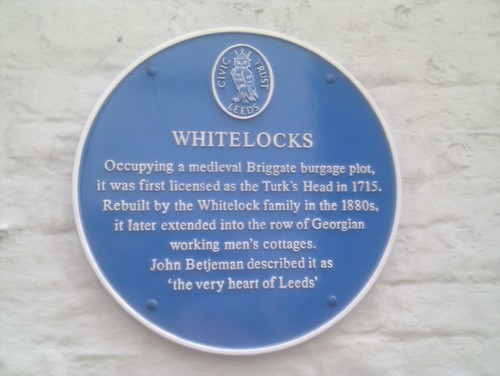 Other Reviews
Whitelocks is Leeds’ oldest pub (1715) hidden in the depths of one of the city’s more obscure alleyways. Bizarrely, despite tourists and legless students alike struggling to find it, the pissed OAPs seem to locate their place at the bar every time……. the itchy guide goes on in similar fashion but it is aimed at the drinking student class (or is that skipping classes). 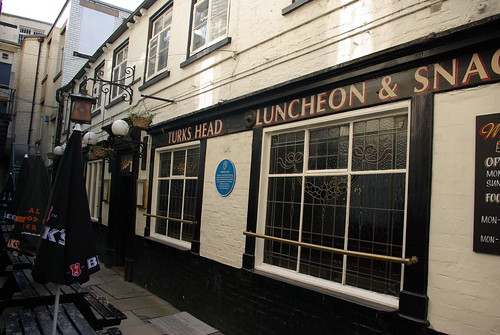