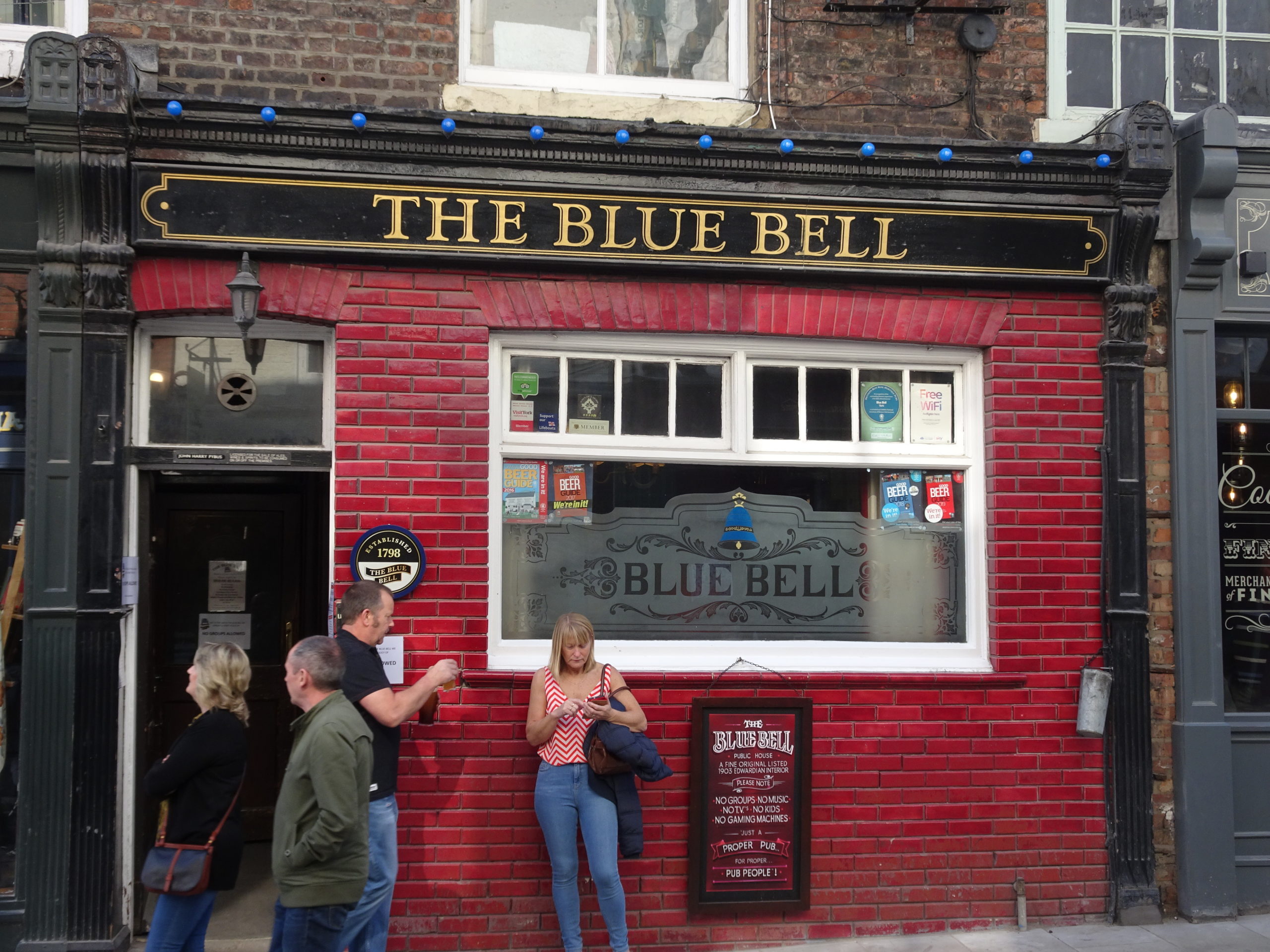 From Leeds to York it is only 22 minutes on the train and the near-by Maltings awaits the thirst traveler. On Tuesday 20th July train enthusiasts steamed in for a quick lunch before a trip back north on the  LNER Peppercorn Class  60163 Tornado a 4-6-2 steam locomotive. They filled the pub but the Scottish accents failed to put me off my pint.

The day before I had been on a walking tour of 15 or so of York’s historic pubs. At £6 a head it was good value (less than a glass of over priced wine for my wife in a trendy bar) and all money raised  goes to support Keep Your Pet, a charity scheme run by Age UK York a project which helps older people look after their pets at times of ill health or other difficulties.

The walk was led by a knowledgeable guide who knew all about the age, historical links and ghosts of the various hostelries we saw. Regrettably we didn’t have time for much sampling so when we got to my favourite watering hole I dropped off and dropped in to the Blue Bell on Fossgate. A small but great pub with all Edwardian features including hatches to serve the beer through and a chatty atmosphere enhanced by your proximity to other drinkers. The beer selection is second to none but because it was so hot I settled for cooling cider.

We stayed over for a couple of nights but on a less successful evening we ventured up Micklegate not enjoying the Artful Dodger and found only Wetherspoon’s Punch Bowl was serving food at 8.30 but no grills. Still walking one section of the wall then down to the Golden Ball welcome us with fiddle music 3 pale ales but sadly no singing this Sunday pre- freedom day. Sam Smith came to the rescue as the Kings Arms were relieved to serve us at the bar and had abandoned table service ( that would have been impossible on such a hot day).