In the world of female cycling the wheels are moving faster than ever before. Otley’s own Lizzie Armistead has come up to the wheel of Victoria Pendleton just at the right time to take over the cape of cycling success, injury permitting.
However we will be waiting a while before Lizzy can write an autobiography with the compulsion of Between the Lines the Autobiography by Victoria Pendelton and Donald McRae. 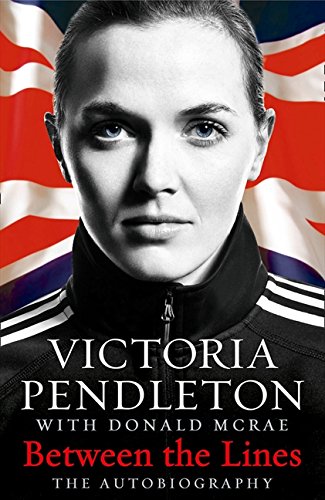 As with much of cycling, Victoria’s book is a team effort with Donald McRae helping tell this compelling tale in a manner of Victoria’s choosing. Also given significant credit in the book is the support of Dr Steve Peters the British Cycling psychiatrist from Sheffield University. Little acknowledgment of David Brailsford and the male mafia in cycling is forthcomming.

Even without the 2012 Olympics and Victoria’s latest venture on Strictly Come Dancing there was more than enough material to produce an emotive record of one of our best female sports stars. From an era of self doubt leading to self harm, to falling in love with her coach causing him to lose his job and Victoria’s ostracism it is all there warts and all. The glamour work and photo shoots may seem at odds with a personality who did much to change the views of the male dominated sporting fraternity.

Already an MBE it remains to be seen whether there are more national honours to be bestowed but a book award is probably due.

We have high hopes for Lizzie on the female road racing circuit. With her feet firmly planted on the ground (we mean cleats) she will probably not hit the same problems nor Olympic heights as Victoria but we wish her every success.
Come on Lizzie we are waiting for you to excel and then look forward to your similarly inspiring autobiography in due course.