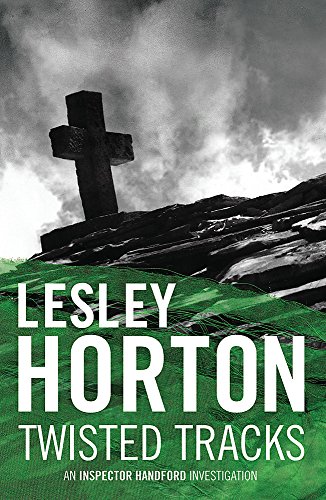 Twisted Tracks is the 5th and latest offering about Inspector Handford or now Detective Chief Inspector Hanford and his Keighley based team. With an escaped convict recaptured in the lake at East Riddlesden Hall through the angst and envy of police versus miners this is an escapist detective with just enough local input to make it a good read. Twisted Tracks by Lesley Horton can be bought from Amazon by clicking here.

East Riddlesden Hall is a 17th-century West Riding manor house with formal and wild gardens, duckpond and grounds maintained by the National Trust. There are  fascinating associations with Yorkshire’s Civil War past and a charming country garden, grass maze and duck pond. It is the home  to the celebrated Airedale Heiffer and there is a local pub by the same name.

Lesley Horton was a teacher in an inner-city Bradford school, has run an educational unit for pregnant schoolgirls, and worked as a volunteer for Victim Support. She lives in Yorkshire. In this series of books the hero is Bradford based Detective Inspector John Handford

Some other books by lesley include:-

Devils in the Mirror set in Harden

The Hollow Core was her fourth DI Handford novel based on the plight of children trapped in Bradford’s harsh criminal underworld,

Snares of Guilt was the first in the series  set in the ‘cultural hot pot that is Bradford, the area is well brought to the page’.

This entry was posted in Books Club & Literary Work and tagged crime, Novel. Bookmark the permalink.