During the late 1940’s and early 50’s Gore Vidal was producing challenging books. This included Myra Breckinridge (sunsequently made into a film) and The City And The Pillar with a hint of autobiographical politics and homosexuality.
Gore Vidal died on 1st August 2012 age 86 with 24 books and numerous screen plays to his name. 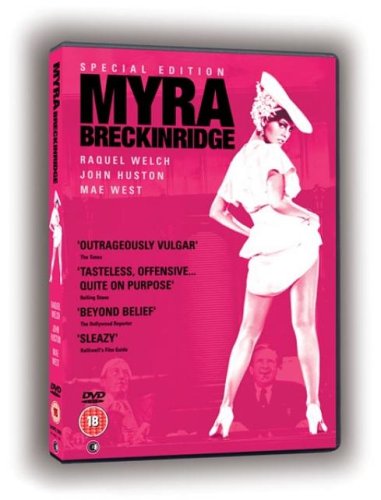 The City And The Pillar
‘Jim Willard, former high-school athlete and clean-cut boy-next-door-, is haunted by the memory of a romanctic adolescent encounter with his friend Bob Ford. As Jim pursues his first love, in awe of the very same masculinity he possesses himself, his progress through the secret gay world of 1940’s America unveils surreptitious Hollywood affairs, the hidden life of the military in the Second World War and the underworld bar culture of New York City.’ Amazon says Gore Vidals book based on homosexuality ‘remains not only an authentic and profoundly important social document but also a serious exploration of the nature of idealistic love.’
The publication of The City and the Pillar in 1948 shocked the American public but did not damage his personal appeal as he remained a controversial but well connected figure in US political and social life.

Myra Breckinridge
Gore Vidal novel of the same name, in which a gay man, Myron Breckinridge undergoes a sex-change operation before setting of – as Myra Breckinridge – on a mission to Hollywood to “destroy the American male in all its particulars”. A successful book that was made into a film starring Raquel Welsh, Mae West and John Huston.

‘It is a risky (and risque) business becoming ‘Woman Triumphant’ – exercising total power over men like Rusty Godowski. Rusty just wants to be a Hollywood star like everyone else at Buck Loner’s academy, but now that Buck’s niece, Myra Breckinridge, has arrived, the curriculum is taking a wildly strange turn. Willing to risk all to be superb and unique, Myra means to prove to her old friend Dr Montag that it is possible to work out in life all one’s fantasies – and survive.
‘From Myra’s fist appearance on the page she was a megastar’, explains her creator, Gore Vidal. Myra caused a second furore when she returned in Myron to battle it out with her eponymous alter ego, a drab little man fallen into marriage and a job in Chinese catering. Theirs is a contest of hormonal roulette, with glorious Myra off on time-travelling missions of mercy back to 1948 to try to change cinema history and to introduce her own radical theories of popuation control. Meanwhile Myron tries desperately to stay in the present as inconspicuously as Mrya will allow.’

Gore Vidal Selected Quotes
There is no such thing as a homosexual or a heterosexual person. There are only homo- or heterosexual acts.
It is not enough to succeed. Others must fail.
The United States was founded by the brightest people in the country — and we haven’t seen them since.
Andy Warhol is the only genius I’ve ever known with an I.Q. of 60.
‘George W Bush was the stupidest man in the USA’ and Gore Vidal couldn’t be a conspiracy theorist as ‘the administration were not clever enough to pull it off.’