Yorkshireman and former world No 1 Nick Matthew is featured in Sit Down and Cheer: A History of Sport on TV (Wisden Sports Writing) by Martin Kelner . Despite its fun approach to TV sport since the 1960’s it not causing the literary storm of the William Hill Sports book of the year shortlist. This is reserved for the self published book of his main sporting nemesis, James Willstrop. 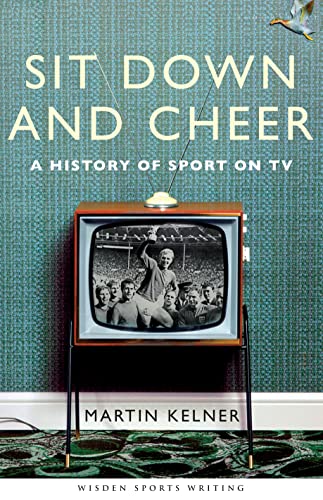 Shot and a Ghost: A Year in the Brutal World of Professional Squash by James Willstrop (Rod Gilmour)

James Willstrop is also one of the world’s leading squash players with a history of acrimonious rivalry with fellow squash player and genuine Yorkshireman Nick Matthew.
James Willstrop is ‘one of the sport’s most complex and cerebral characters. Born in Norfolk but brought up in Pontefract, James is anything but the archetypal Yorkshireman – a poetry-loving vegan with a love of musicals, Oscar Wilde and Philip Larkin.’ He even writes a regular column for the Yorkshire Evening Post.
The book is largely his own work including a self publishing exercise. It is said to be ‘candidly honest about the issues that affect him, using flashbacks to earlier periods in his life. As critical of himself as of others, he talks openly about his close relationship with his father and coach, Malcolm; the devastating death of his mother, Lesley.’
James has been the world No 1 since January 2012 and has won over 80 caps for England whilst travelling the world.

Ghosting in Squash terms is not about the writing of a book. During training playing a shot without a ball is to Ghost. A bit like cricketers who miss and practice an ‘air shot’. Repetition is is an art form in squash enhancing skills by time spent ghosting.

Will ‘Shot and a Ghost’ be another win for Yorkshire Sport when the result is announced? Is Squash ready to be a mainline ‘Gold medal winning’ sport.

The Sports Book Of The Year 2012 shortlist in full

That Near-Death Thing – Inside the TT : The World’s Most Dangerous Race by Rick Broadbent (Orion)
Running with the Kenyans – Discovering The Secrets of the Fastest People on Earth by Adharanand Finn (Faber)
The Secret Race – Inside the Hidden World of the Tour de France: Doping, Cover-ups, and Winning at All Costs by Tyler Hamilton and Daniel Coyle (Bantam Press)
Be Careful What You Wish For by Simon Jordan (Yellow Jersey)
Fibber in the Heat by Miles Jupp (Ebury Press)
A Life Without Limits – A World Champion’s Journey by Chrissie Wellington, with Michael Aylwin (Constable & Robinson)
Shot and a Ghost: A Year in the Brutal World of Professional Squash by James Willstrop (Rod Gilmour)

Nick has twice been World Champion.
Other success includes 3 times British open champion and 4 times British National Champion.
Gold Medals in the Men’s Singles and Men’s Doubles at the 2010 Commonwealth Games in Delhi.
Aged 32 Nick was born in Sheffield.