Yorkshire Environment For All

The Good, the Bad, and the Ugly to say nothing of the downright diabolical! Do we care about the environment where we live, work and spend our recreation time?

I have recently developed a stronger interest in Yorkshire’s overall environment and how our human endeavour is having a major impact. I want to spread the message be it related to health, abuse of resources or general disdain for the wider understanding of the environment. So far the various posts have not hit home but I have tended to focus on the ugly or worse: In the last month I have posted with photographs about 9 issues in my whimsical style including:-

Over the last two years Yorkshire Water has been fined £1.45 million for illegally discharging sewage that polluted the River Ouse near York and Rud Beck and the River Crimple in Harrogate.

According to the Yorkshire Dales Rivers Trust the Swale, Ure, Nidd, Upper Ouse, Wharfe and Lower Ouse catchment have a legacy of metal mining  that accounts for 2% of the reasons waters fail to meet quality standards.

Rivers of blood(y) plastic have hit the headlines recently. Some river banks have plastic detritus that looks gross and is doing damage to the water in rivers and seas.

On the brighter side 14% of rivers have good ecological status according to EA’s ‘The State of the Environment Water Quality’ report and water quality is better than at any time since the industrial revolution according to EA chairman Emma Howard Boyd. (What century is she living in?) 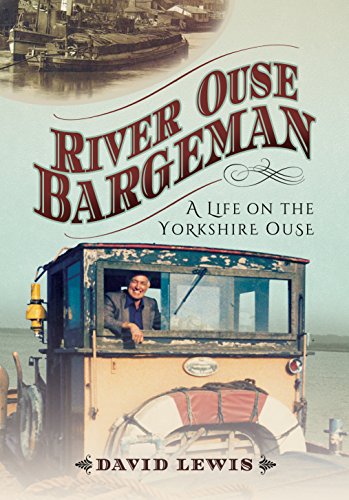 Talking of industrial revolutions  ‘Laurie Dews of Selby worked the Ouse from 1937 to 1987, and is now the only man remaining with first-hand experience of a lost way of life.’ Whilst not focused on pollution but the life of a Yorkshire river bargeman this interesting book harks back to simpler times and a less disposable society.

This entry was posted in Our Yorkshire, Yorkshire Environment. Bookmark the permalink.