Looking over the wall where Otley Road crosses the River Aire in Shipley makes you wonder about the rubbishy nature of our commitment to the environment.
There are at least two companies involved with sign manufacture advertising their wares on the edge of the riverbank. Many of the signs are in disrepair and about to slide into the river (plastic and all). It is a steep slope into the river and once over the weir the flotsam will drift down stream at a rate of knots especially after the recent rain. 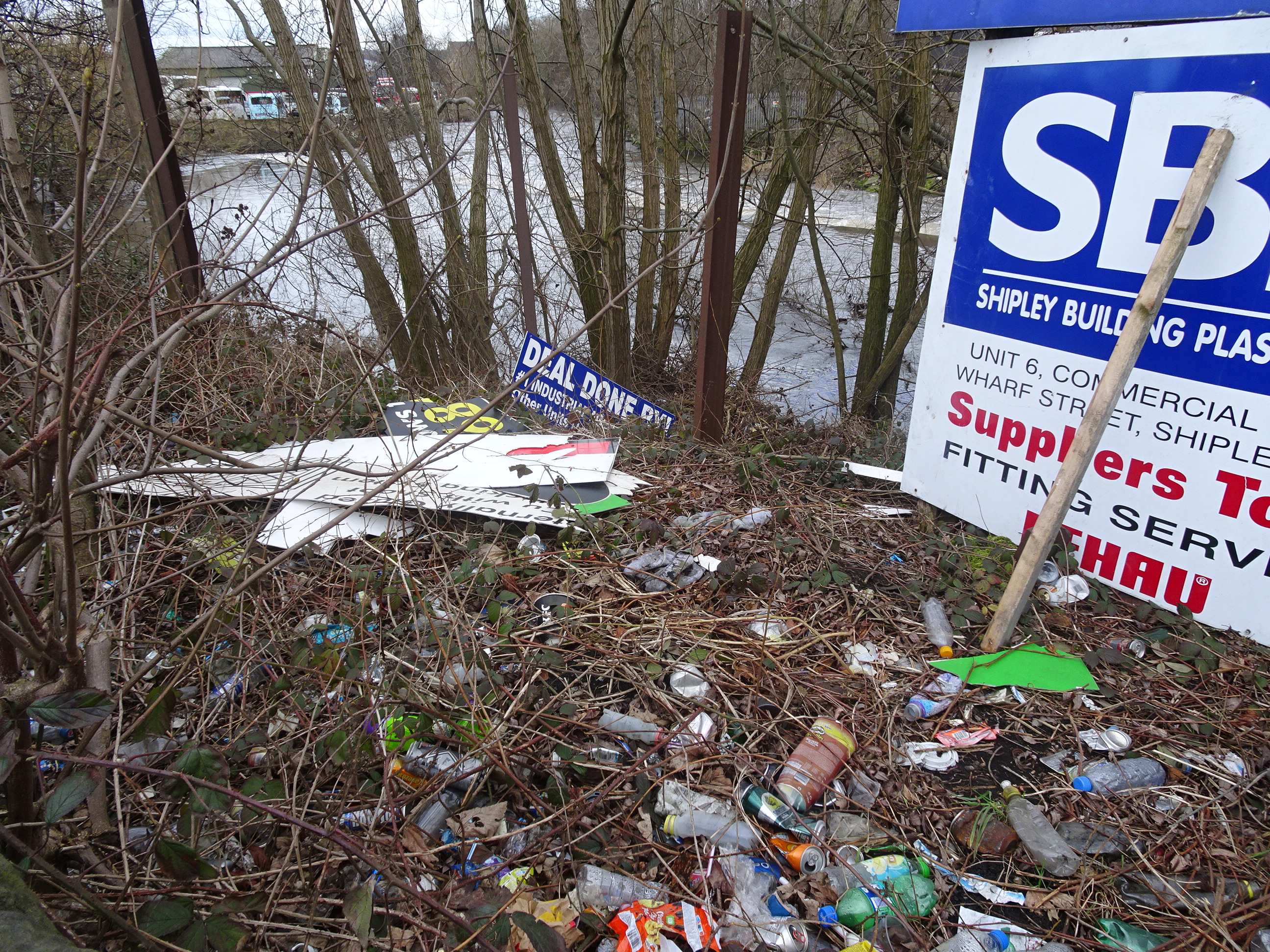 Broken signage is not the only problem as pop drinkers and crisp eaters have found where to lob their rubbish just over the wall. It looks like this sort of rubbish breeds with itself. It  will soon be blown or washed into the river to become some onelse’s problem. 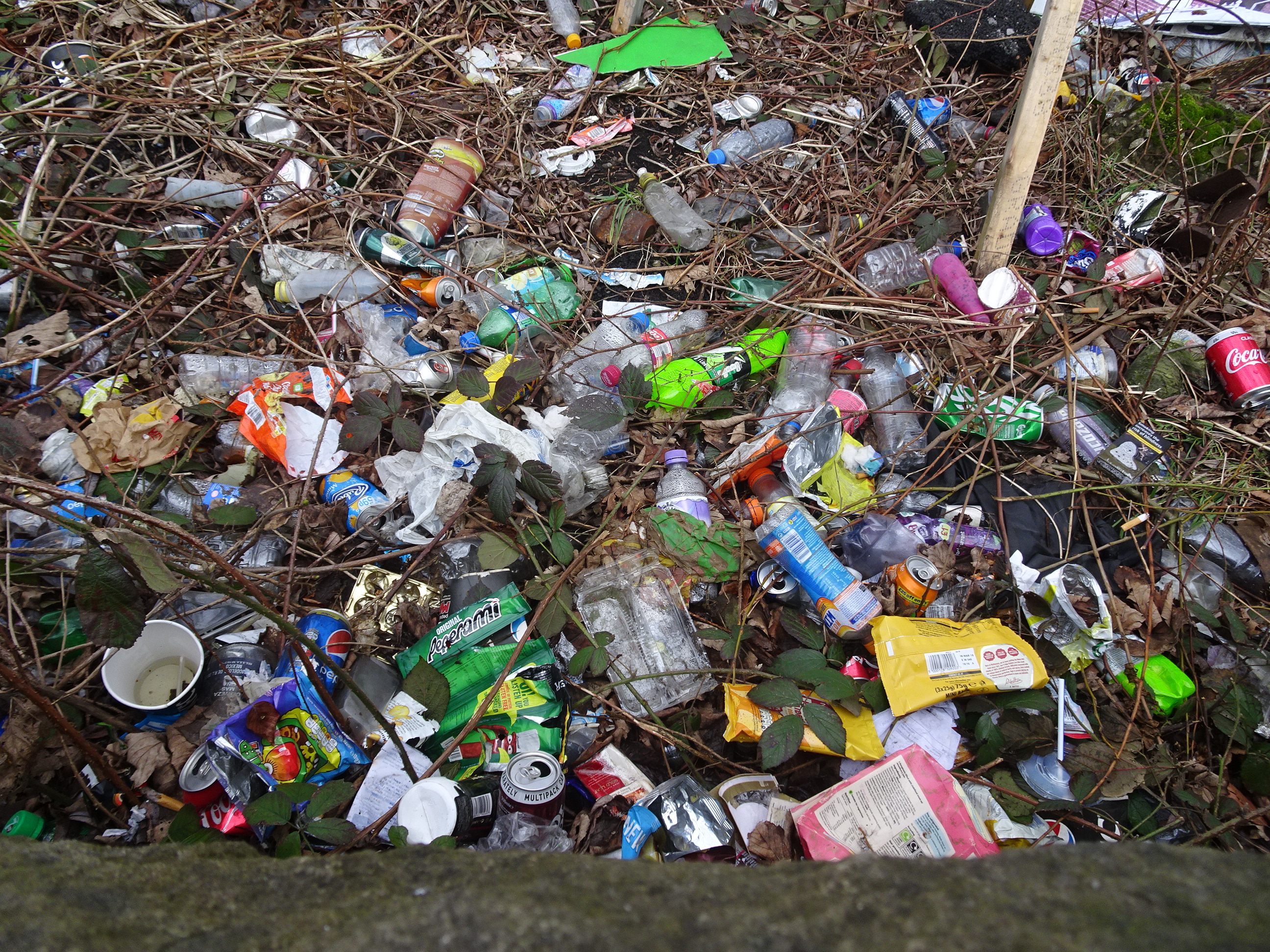 Turning on to Dockfield Road and heading  towards the Leeds Liverpool canal there is a turning circle for barges that also formed part of the spur to the Bradford canal. I think you could walk across the canal on top of the detritus that is so compact and noxious. 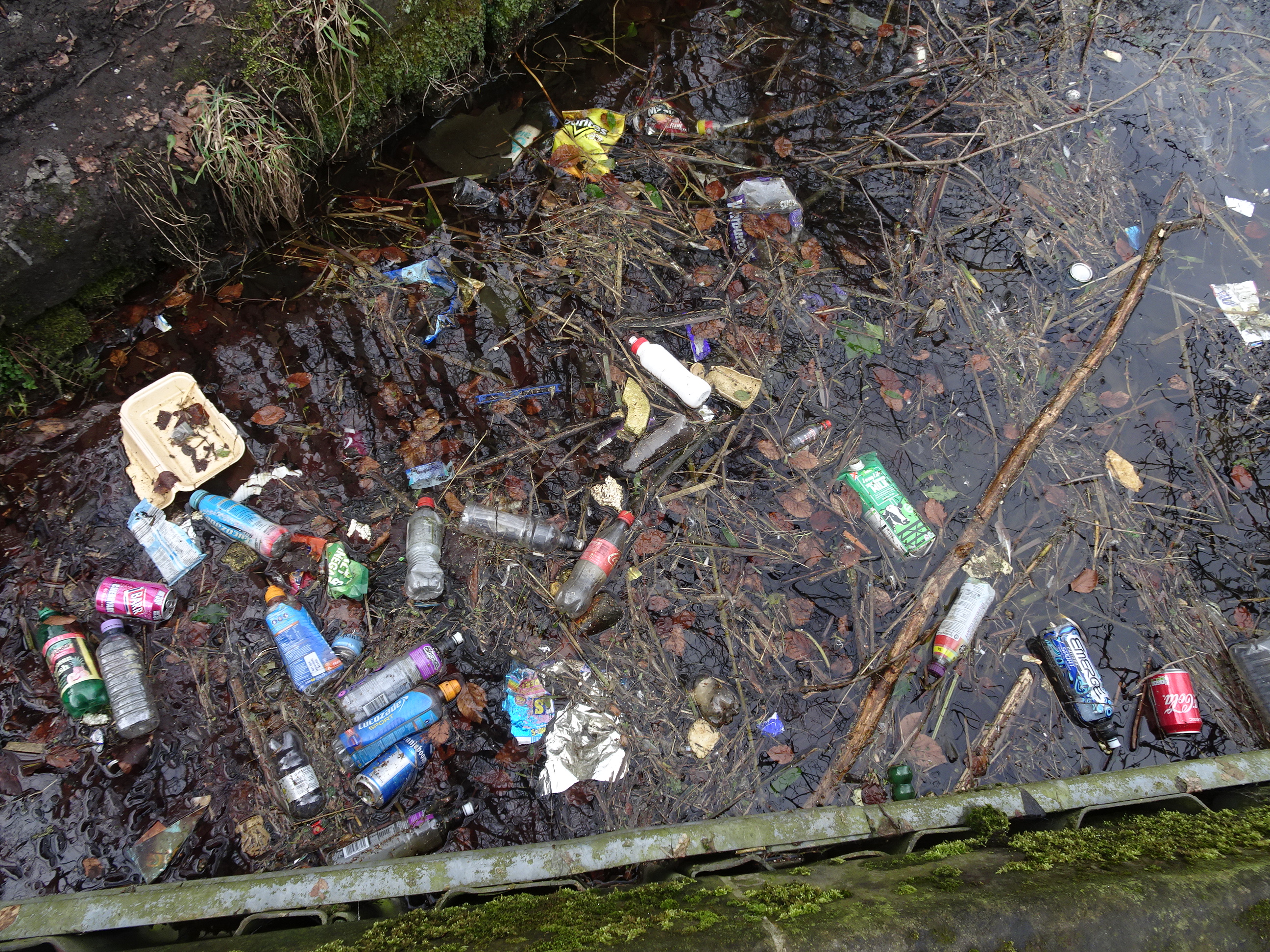 A little light relief was displayed by the parking arrangements in the middle of the canal.

All photographs taken on 13th March 2018 – how long before   Shipley Rubbish is cleared? From these few photos it is hard to disagree that Shipley is currently not much cop (Rubbish). I have fallen in to the trap of blaming authorities who should be cleaning and tidying up. The real responsibility is us the public and some businesses.