I have shown pictures of St John’s Churchyard in previous posts but the 2016 walk yesterday showed how far the area had ‘come on’.
A scent trail was marked out with comic noses near the ‘smelly’ plants to would attract children. Allium triquetrum, Ginger Mint, Artemisia abrotanum. Choisia ternata, Lavender and Rosemary.

Unfortunately the inclement weather encouraged the goodly number of kids to spend most of their time in the church looking for the 18 Mouseman of Kilburn carved mice. These elephant ears must have pricked up with all those mice around – Berginias were in fine floral colour.

A variety of trees including some planted in memory of loved ones include Beech, Hawthorn, Crab Apple, Cherry, Laburnum and Holly with a row of sycamores along the boundary. The canopy has been lifted by careful tree surgery to aid the super display of plants and the making of a  ‘Fairy path’. 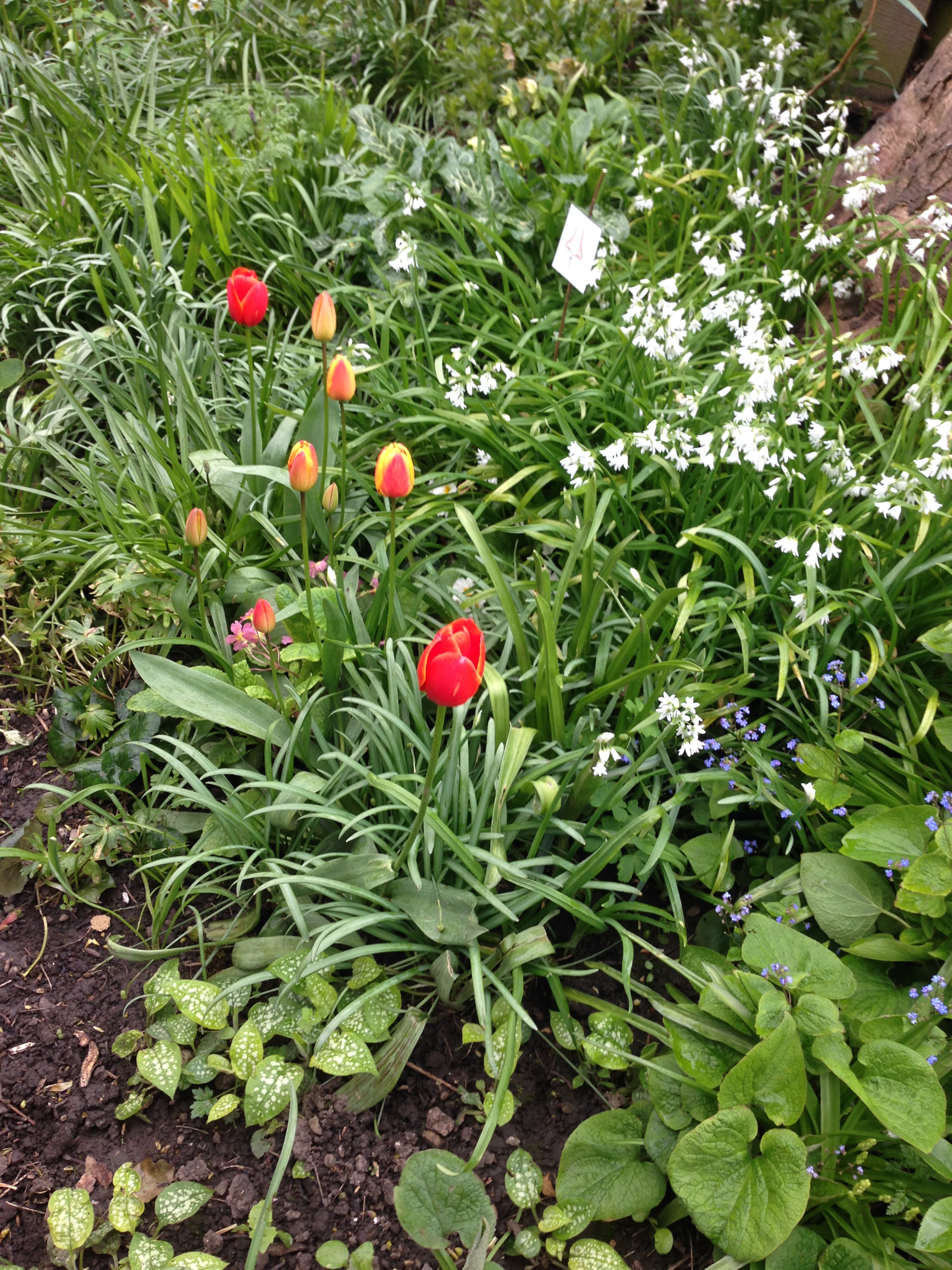 The Fairy path under the tree canopy. 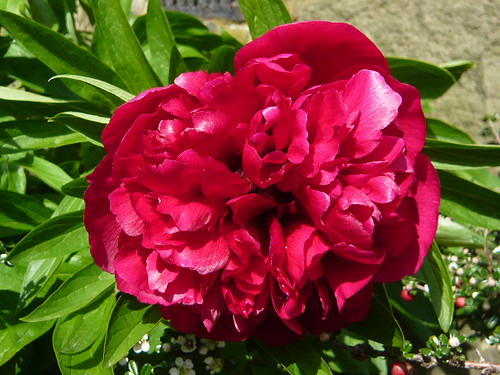 Red, white and blue flowers and several shades in between were on display. 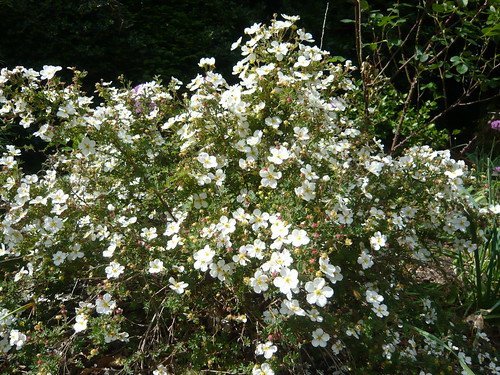 The weather remained fine. This partially rewarded all the hard work that had gone into improving the churchyard garden and getting ready to open to the public. 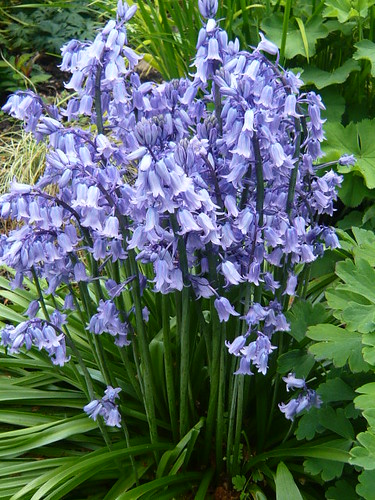 This clump of Bluebells had more flower than leaf. 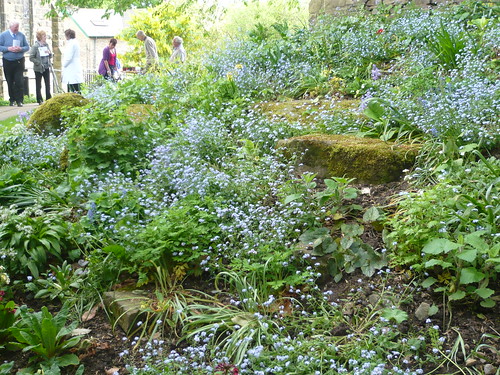 Visitors viewing the garden and buying from the plant stall. 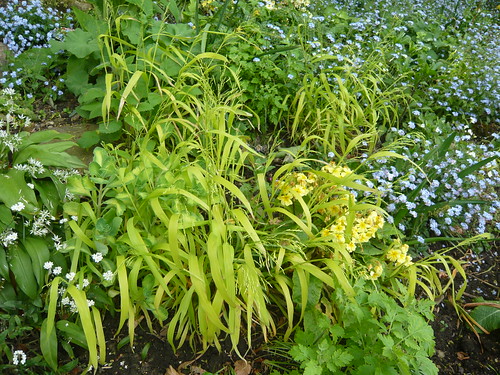 A view of the former dumping ground now transformed with Helebores, Primroses and various grasses. 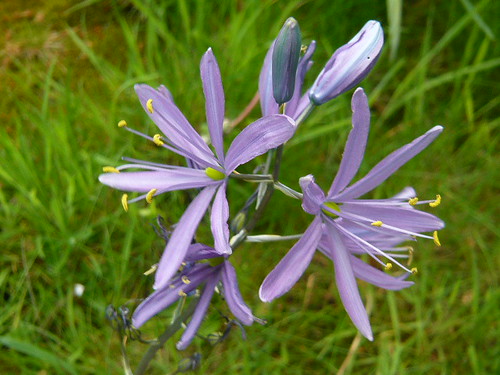 This Camissia is showing off it’s flowers amongst the grass. 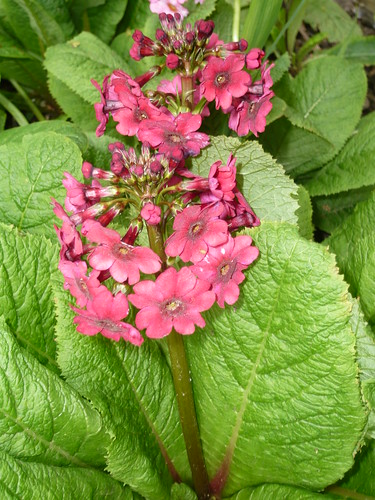 Candelabra Primroses like the damp soil at the foot of the large new bed built on the former builders rubble. 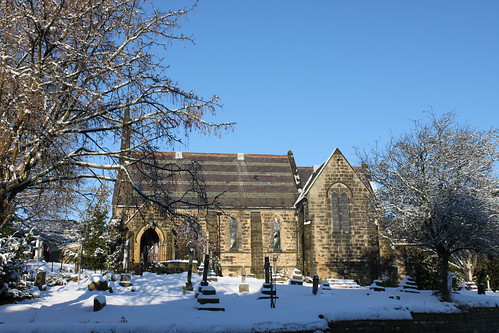 The Churchyard earlier in 2011.

This entry was posted in Our Yorkshire, Photos, Yorkshire Trips and Places. Bookmark the permalink.