“He wanted all to lie in an ecstasy of peace; I wanted all to sparkle and dance in a glorious jubilee. I said his heaven would be only half alive; and he said mine would be drunk: I said I should fall asleep in his; and he said he could not breathe in mine…”

Haworth (often misspelt Howarth) is an attractive village close to Bradford and Keighley, nestled amongst some steep and rugged hills. Haworth is best known for its literary connection to the Bronte Sisters – Emily, Anne and Charlotte. In particular, the classic novel – Wuthering Heights by Emily Bronte is inspired by the rugged scenery that is close to Haworth. 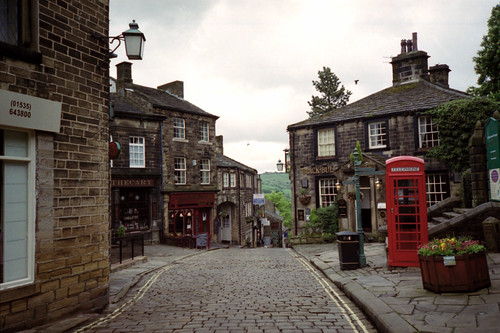 Apart from the tell tale double yellow lines, this simple village photo could be from many years ago

Haworth from the moors. 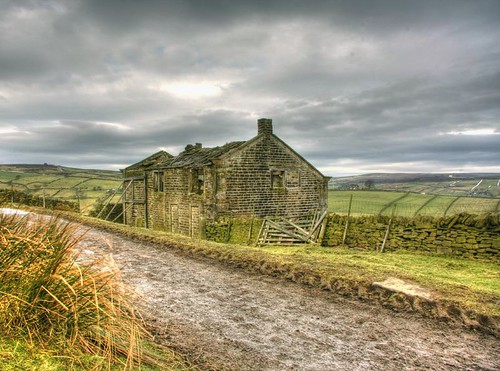 by Simon Grubb – from Haworth towards Bronte falls.

Death! that struck when I was most confiding.
In my certain faith of joy to be–
Strike again, Time’s withered branch dividing
From the fresh root of Eternity! 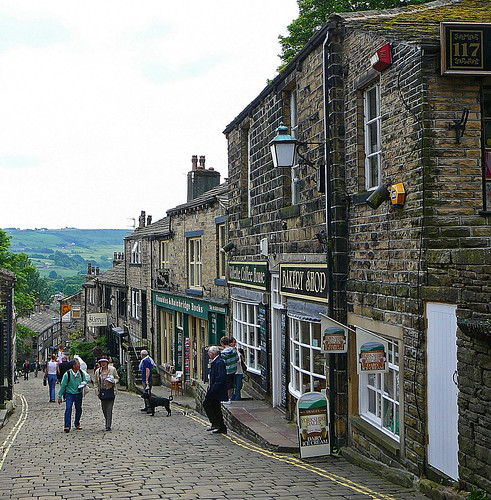 One thing you soon discover about Haworth is that there are plenty of steep hills. Quite a challenge if you are cycling about. 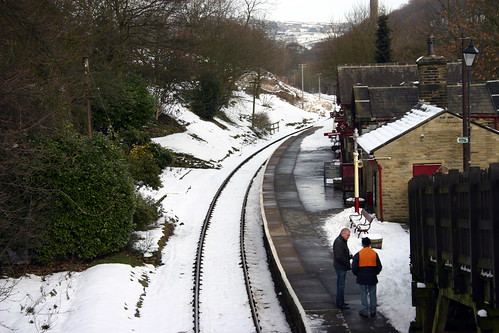 Haworth station which runs on the old Keighley and Worth Valley Railway. This idyllic train line has been the focus for several film and TV productions, including the famous film The Railway Children.(Scenic Railway journeys in Yorkshire)

One Response to Haworth is Bronte Country