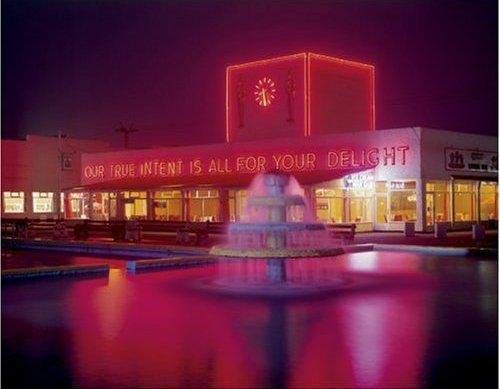 Our True Intent is all for Your Delight: The John Hinde Butlin’s Photographs

Billy Butlin built his third Butlins Holiday camp at Filey starting just before the war in 1939. A special deal was struck when Clacton, Skegness and Filey camps were requisitioned for the war effort. Filey’s new buildings were used as RAF Hunmanby Moor a base for over 6000 military personnel until 1945 when it officially (re-)opened as a holiday camp. Filey camp at Hunmanby Gap was Billy Butlin’s pride and joy and was also the biggest with 400 acres and accommodating 11,000 campers. It was said to be the “king” amongst holiday camps, the jewel in Butlin’s crown.

The camp had its own railway station appropriately called ‘Filey Holiday Camp’ built for holiday makers. Inside the camp there was a minature railway, a chair lift and a train to take campers to their chalets. It also boasted “the longest bar in the world” and an exact replica of the bar at Westminster called the Parliament Bar. Paul McCartney was one of the many to have stayed at Filey as part of a family holiday and may have made his first ever stage appearance in a talent contest.

In 1983 after Billy Butlin’s death the camp was closed and put on the market and has never been the same since. In it’s hey-day it had been a major economic force employing 1500 people and boosting the local economy. There is little trace left now except the memories. There is an archive at Bridlington Library and Remember Butlins Filey web site

Filey was the largest and best Butlin’s in its day

This entry was posted in Our Yorkshire, Yorkshire Business and Money, Yorkshire History and Heritage. Bookmark the permalink.