‘Keep Filey litter free’ by using one of the patriotic Yorkshire rose emblemed litter bins. It seems to work as returning day trippers remarked to me how clean the town was. I couldn’t see the state of the beach as the tide was on its way to being ‘well in’ but I also got a good impression. 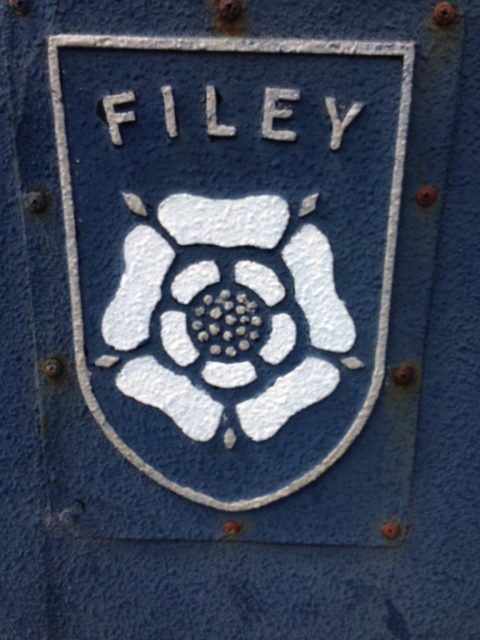 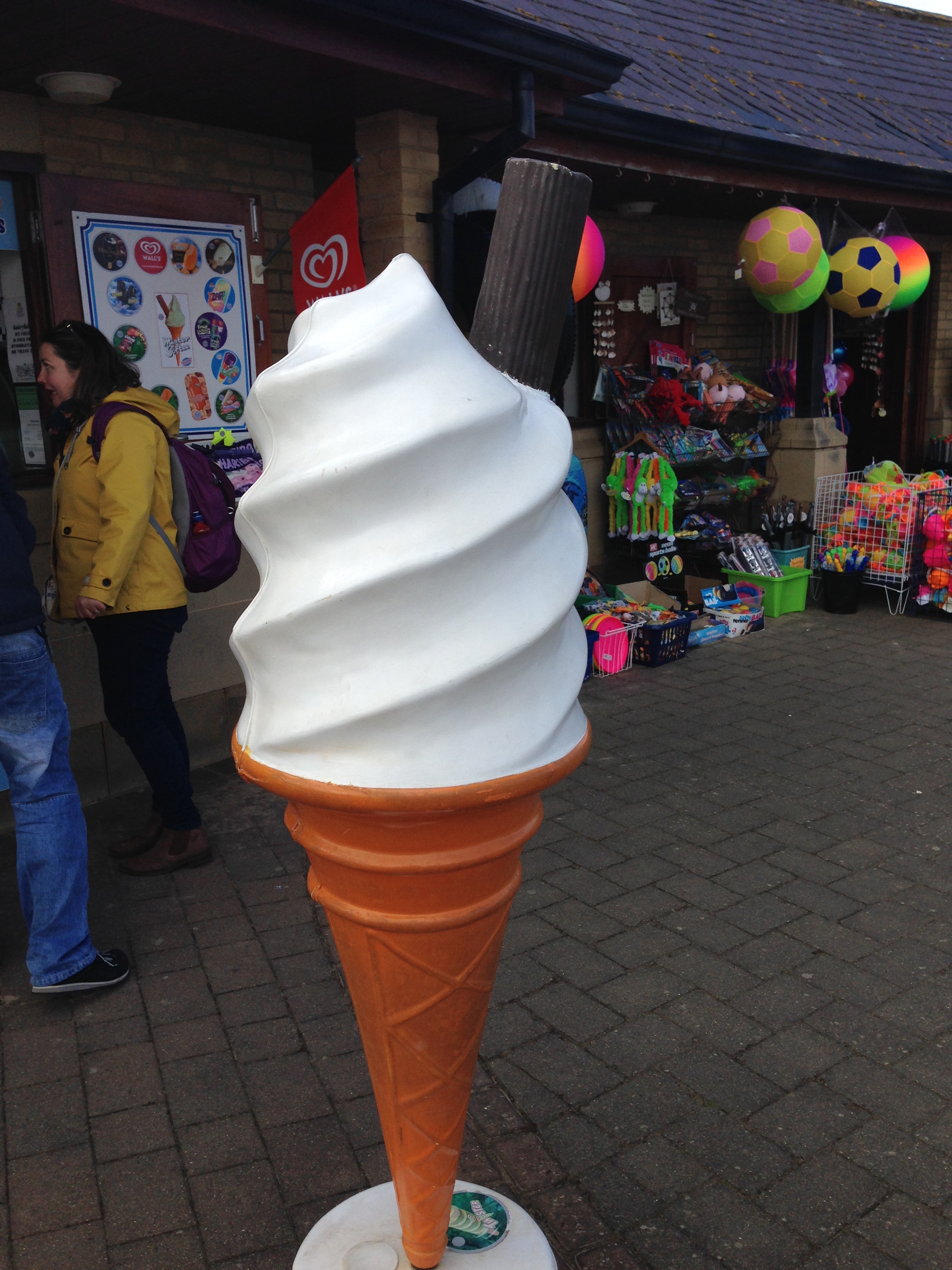 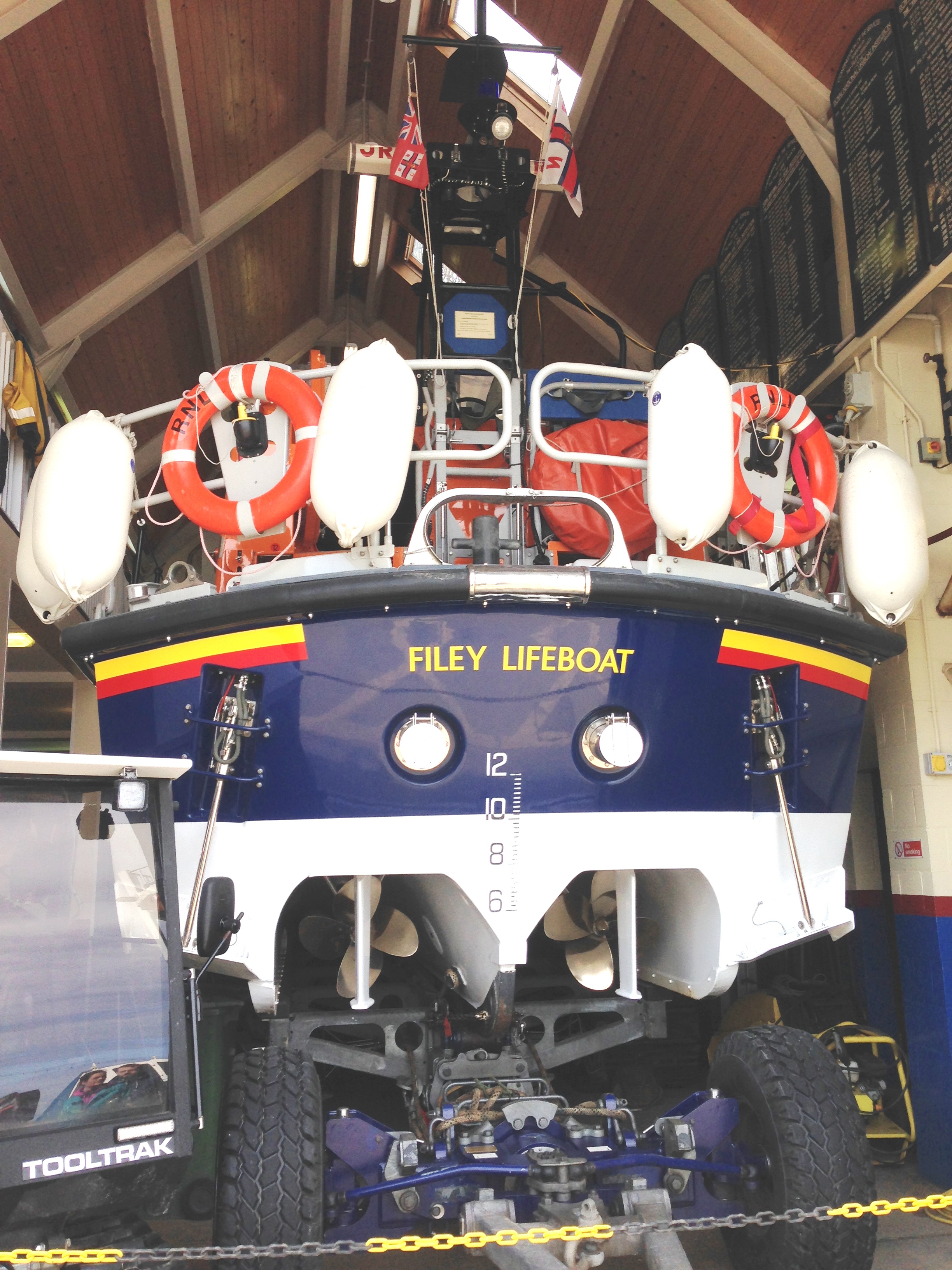 Fast upon the problems with the Cleethorpes life boat that was sold on ebay and the cash stolen I hope this vessel remains in Filey. It should do as a lifeboat was first stationed here in 1804. The RNLI station is on Coble Landing.

The railway station has trains to Brid and on to Sheffield or to Seamer for York or Scarborough. It is a popular location for starting or finishing walks along the Cleveland Way from the Brigg to Helmsely 110ml or the Yorkshire Wolds Way from Filey to Hessel near Hull 79ml.

The Declaration of Yorkshire Integrity

This declaration is read at four of York’s Bars on every 1st August Yorkshire Day and at many other events around the county.
‘Your attention please:
I (Reader’s Name) being a native of of Yorkshire declare:
That Yorkshire is three Ridings and the City of York with these boundaries of 1141 years standing’
That the address of all places in these Ridings is Yorkshire’,
That all persons born therein or resident therein and loyal to the Ridings are Yorkshire men and women,
That any person or corporate body which deliberately ignores or denies the aforementioned shall forfeit all claim to Yorkshire status.
These declarations made this Yorkshire day 2016.
Yorkshire Forever!
God Save the Queen!’
(…. followed by three cheers and alcoholic beverages).

This entry was posted in Our Yorkshire, Yorkshire Facts - Interesting and Unusual and tagged walks. Bookmark the permalink.