Is Black Bess the horse that brought Dick Turpin to York? As a noted horse thief and highwayman it is probable that dastardly Dick had many other horses to get him to York and the trip from London to York in 16 hours is part of the legend that has built up around Dick Turpin. It is thought more likely that it was a Yorkshire highwayman John Nevison, “Swift Nick”, born and raised at Wortley village near Sheffield and also a well-known highwayman in the time of Charles II about 50 years before Turpin, who rode from Gad’s Hill Kent 190 miles to York in about 15 hours. However, to accomplish this feat, Nevison had to use more than one horse. 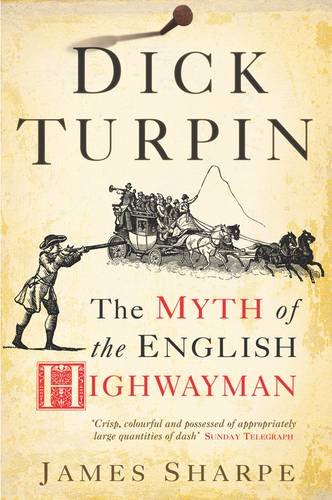 Dick Turpin Steals Black Bess
Escaping towards London after a criminal enterprise Turpin and friends, according to the Newgate Calendar, ‘came near the Green Man, on Epping Forest where they overtook a Mr. Major, who riding on a very fine horse, and Turpin’s beast being jaded he obliged the rider to dismount, and exchange horses.
The robbers now pursued their journey towards London, and Mr. Major going to the Green Man, gave an account of the affair; on which it was conjectured that Turpin had been the robber, and that the horse which he exchanged must have been stolen.
It was on a Saturday evening that this robbery was committed; but Mr. Major being advised to print hand-bills immediately, notice was given to the landlord of the Green Man, that such a horse as Mr. Major had lost, had been left at the Red Lion, in Whitechapel. The landlord going thither, determined to wait till some person came for it; and, at about eleven at night, King’s brother came to pay for the horse, and take him away: on which he was immediately seized, and conducted into the house.
Being asked what right he had to the horse, he said he had bought it; but the landlord examining a whip which he had in his hand, found a button at the end of the handle half broken off, and the name of Major on the remaining half. Hereupon he was given into the custody of a constable; but as it was not supposed that he was the actual robber, he was told, that he should have his liberty, if he would discover his employer.’

If you want you can read more about the myths and legends surrounding Dick Turpin prior to his execution in 1739 for horse rustling. Finally after the body was moved several times Dick Turpin was buried in quicklime across from St. George’s Roman Catholic Church in York near Walmgate Bar.

This entry was posted in Our Yorkshire, Yorkshire History and Heritage and tagged york. Bookmark the permalink.