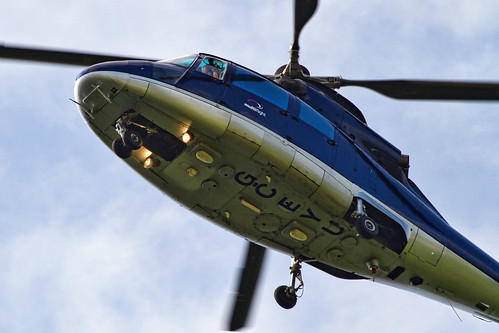 ‘The Leeds-Bradford airspace seemed to be full of budding pilots on the afternoon when I passed by. This helicopter was on a training session run by private aviation company Multiflight, a business which is based on the south side of the airport. They also give lessons in flying the Robin 200, Cessna 152 and Piper PA28’. Commercial businesses like this have helped develop Leeds as one of two key sites for Air Ambulances. 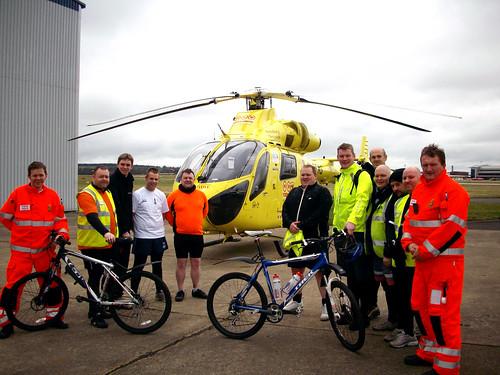 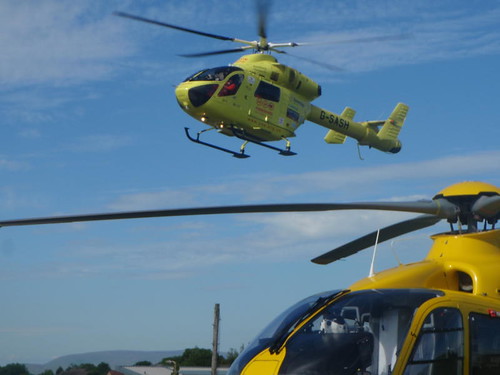 As a charity Yorkshire Air Ambulance only receive help through secondment of paramedics from the NHS. To keep both of Yorkshire’s ambulances in the air they need to raise £7200 per day. This is equivalent to £2.65 million per year.
As a rapid response air emergency service the charity serves a population of approximately 5 million people across 4 million acres. The two air ambulances operate from Leeds Bradford International Airport and Bagby Airfield near Thirsk, and together both air ambulances cover the whole of the region.Donate here. 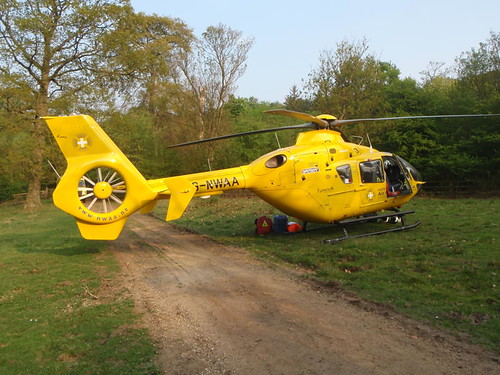 ‘Good Friday, 22nd April 2011. The Blackpool helicopter and crew were called to assist a female patient who had fallen while out walking in Barnsley country park. The patient was taken to Wakefield General in 10 mins for treatment to an ankle injury. Colleagues from Yorkshire Air Ambulance and a land ambulance crew were also on scene.’ 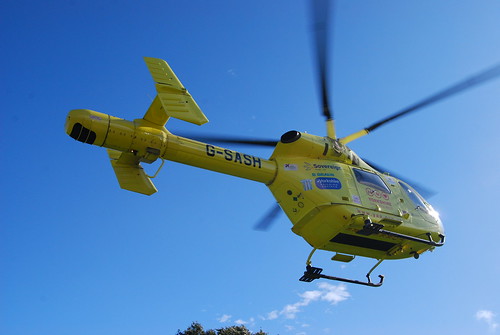