Used as a walled garden in 1759 Helmsley now boasts a renovated garden of excellence. The mission it has chosen to acept since 1984 is the conserving of old, rare and endangered garden plants using organic techniques or green gardening. 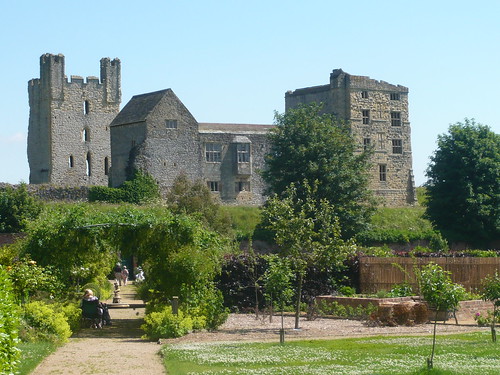 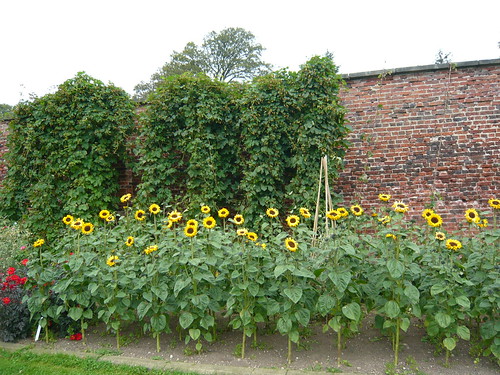 Helmsley’s tranquil walled garden is nestled away behind the car parks at Helmsley. I do not know the size of most walled gardens but this seemed to be one of the largest walled areas I had come across at about 5 acres. With the wind blowing off the Hambledon hills it was probably a good thing to have a wall around your vegetables 250 years ago when the wall was built. Nowadays there is a fine selection of flowers, fruit and vegetables thriving in the sun trap that is Helmsley walled garden.

Fruit at Helmsley
There are over 50 different Yorkshire Apple Trees planted in the garden. These heritage varieties are important resource for future breeding to say nothing of the eating. I did not realise a few miles away was a larger apple orchard at Ampleforth Abbey and College nor that there were so many orchards in Yorkshire. I list is available from ‘England in Particular Yorkshire’.

Walking around the garden at the end of June I was impressed by the size and quantity of Gooseberries on the bushes on the south wall. I was wondering who got the opportunity to eat them when I saw gooseberry crumble on the menu at the busy vegetarian cafe. Sharp and tasty crumble followed Pea soup, I put back any calories used in walking around but Mmmm.

Grape vines including Victorian dessert varieties were grown in neat rows and I am considering growing my own vine in my garden after seeing how simple they made it look.

Environmentally Friendly.
The garden tries to be organic and only struggles to avoid chemicals when it comes to treating the paths. The many volunteers were weeding and tidying as I walked around and you can imagine why so many gardeners were needed in the past when there was little or no mechanisation or specialist tools. I noticed for mulching new plantings they use ‘Strulch’ a shredded straw based mulch for organic gardening.

A special group of eco-friendly volunteers calling themselves the ‘The North Yorkshire Rotters’ are compost crazy. In addition to 4 or 5 large traditional compost bins there is a collection of more modern plastic affairs aimed at encouraging us to compost in our garden. 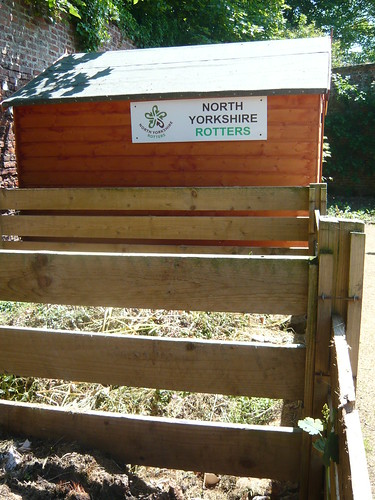