Fishy Goings On Deep in Hull 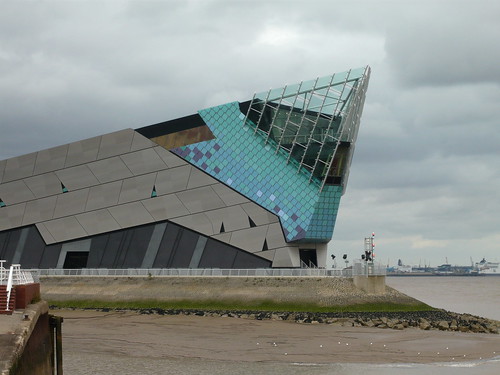 The Deep, one of the most spectacular aquariums is also named a Submarium. This award-winning visitor attraction in Hull is home to over 3,500 fish including spectacular sharks and rays.

There are 30 aquatic displays covering waters from a tropical lagoon to the ice deserts of Antarctica. The variety of sea borne life is amazing from a variety of Sharks, Picasso Triggerfish, the Saddled Butterflyfish and Surgeonfish with sharp scalpels on their tails swimming in the shallow lagoon waters.
For an educational experience that kids will enjoy watch the fantastic shark 3D film, lagoon feeding and diving displays. Everything is there from Angel fish to zooplankton an A-Z of the seas in Hull

The dramatic building which overlooks the Humber estuary was designed by Sir Terry Farrell. Beijing and Charing Cross railway stations were designed by Farrell who also created the original masterplan for Newcastle which led to the regeneration of the Quayside now famous for the Baltic Arts Centre, Gateshead Millennium Bridge and The Sage Music Centre.
The Deep is only a few minutes walk from Hull Marina and is operated as a charity dedicated to increasing enjoyment and understanding of the world’s oceans.