Birth of The Great Yorkshire Show 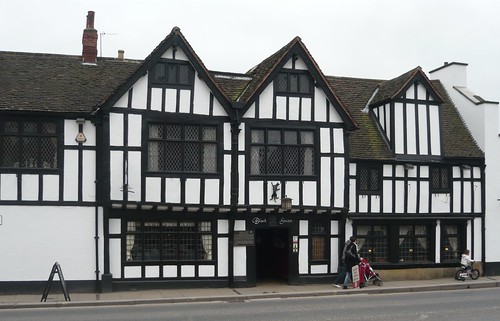 As Queen Victoria ascended the throne, British agriculture was entering a renaissance period. The landed gentry were investing heavily in what was becomming a growth industry. The great and good of Yorkshire were not to be out done as they met in The Black Swan York in October 1837. This event led to the formation of the Yorkshire Agricultural Society.

The Yorkshire Agricultural Society’s objectives were to arrange, at varying venues, ‘an annual meeting for the exhibition of farming stock, implements, etc, and for the promotion of agriculture’. (164 years later how do you think they are doing?)
The society’s first president and an active livestock breeder was Earl Spencer formerly Viscount Althorp (the titles sound familiar from somewhere). He was the Queens cousin and the show has enjoyed significant Royal patronage over the years. On Earl Spenser’s retirement it was said ‘he thereafter kept company with the creatures he most respected – his shorthorns, his sheep and the farming community’.
Other leading figures and families joined the Society including the Lane Fox’s of Bramhope Park and George Hudson Alderman of Your and Railway magnate. 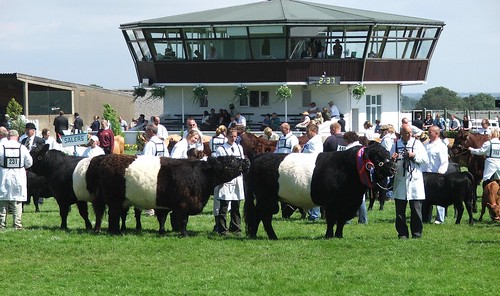 Belted Galloways at the Show

The first show in 1838 was held at the Barrack Yard of the 5th Dragoon in York. It was so popular that scuffles broke out to gain entry and soldiers and police had to restore order. As a result of this show the societies membership grew to 800.
It was always intended that the show would move around the county and 1839 was held in Leeds followed by Northallerton and Hull then back to York in 1842.
1843 saw the show acclaimed for the first time as The Great Yorkshire Show.
For 1848 the Yorkshire Agricultural Society joined with the Royal Agricultural Society as a one-off extravaganza in Bootham Stray York. This large area was laid out with railway tracks reaching directly into the show ground. Prince Albert’s attendance drew massive crowds and the implement displays were one of the defining features.

Pontefract held the show once in 1860, Ripon in 1855 and by agreement the show moved annual between the North Riding, the Northern half of the West Riding, the East Riding and the Southern half of the West Riding.
In 1874 Sheffield hosted one of the best attended shows attracting 64,111 paying visitors but during the 1870’s there was a slump in agriculture and bad weather saw the Driffield show of 1875 only attract 27,149 attendees.
Bradford, not what I thought of as the heart of agriculture, held the show in 1901 and 1914 where the highest attendance was achieved until it was exceeded in 1956.

‘Published to mark the 150th Great Yorkshire Show in July 2008, this book is a celebration of a unique institution. ‘Great’ in every sense of the word, the Show captures the essence of Yorkshire by providing the perfect arena for farming and rural life as well as an unforgettable day out for the family…..’from amazon