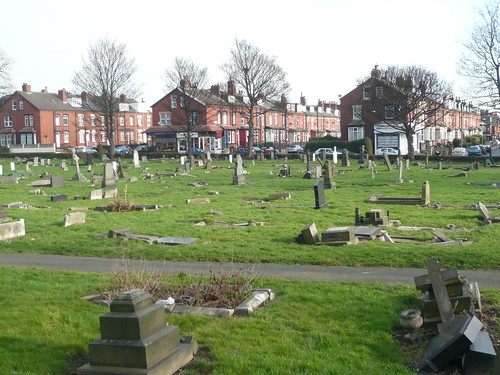 Beeston has a couple of old grave yards that are sadly being damaged as head stones fall or are vandalised.
From St Mary’s churchyard go down Wesley Street and follow the grave yard contour to walk along an old right of way crossing Sunnyview Gardens to Beggars Hill.
Turn right down Noster Terrace (of Pater Noster fame) following along and round the wall of Holbeck cemetery.
At the entrance go up to the war memorial then towards the imposing gates and lodgehouse.

Just past these gates is a large tomb and Grade II listed monument of the Marsden family. Henry Rowland Marsden was born in ‘Holbeck, Leeds in 1823 of poor parents, and began to work in a local mill at the age of 10, becoming an engineering apprentice at 15.
In 1848 H R Marsden emigrated to the USA where he made a successful career in mechanical engineering and returned a wealthy man. In 1862 he set up a factory for patent stone-crushing machinery to take advantage of the demand at that time for road building. He received numerous medals and honours for this and other inventions, is credited with founding the Leeds Music Festival in 1874 and was Mayor of Leeds 1874-5.’ He died at what we now think of as the young age of 53. 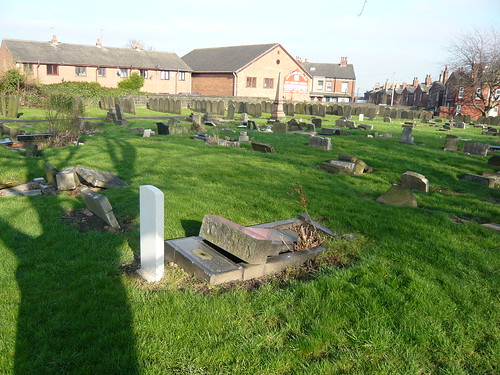 On the wall furthest from Beeston there are serried ranks of similar grave stones that mark the communal graves of paupers from the late 19th and early 20th century. 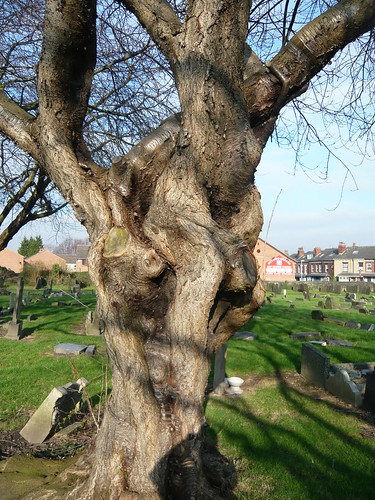 There are several fine old trees that give a sense or permanence to the grave yard and memorials. After this less than cheerful stroll, cross the Beeston Road and walk through the 44 acres of Cross Flatts. (The houses are back to backs not flats. ed.)

One Response to Beeston and Holbeck Graves