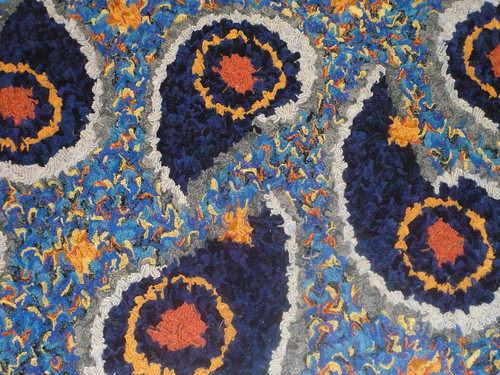 Rag rugs remains have been found in old Celtic and Viking homes and the making of rugs from rags is still practiced in Yorkshire. As the pictures imply there have been style changes as the availability of rag material has changed (some might argue improved). This is a new world of Proddies, Poggies, Clippies or Latch Hooks some of the tools of the trade to push the rags through the hessian. The process is now a little more complex as the rugs have become art objects often used as wall hangings or decorations.

Rag rugs are sometimes called Tab Rugs, Peg Rugs and Clootie Basses. Here in West Yorkshire the popularity of groups where people to get together to mat ‘n’ chat is growing. “It’s a nice communal thing to do, to sit with your rug.’ According to Jenny Salton, Museums Officer at Tolson museum Huddersfield. 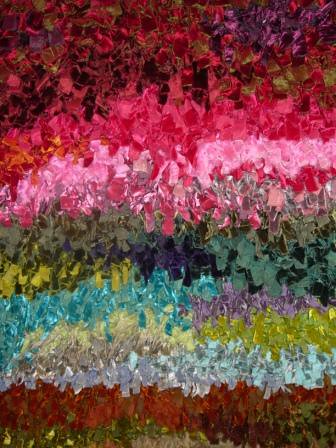 Louisa Creed and her husband from York are also exponents of the revived craft though Louisa has been making rugs for over 20 years. Louisa Creed’s work is highly valued and respected on both sides of the Atlantic, rugs can sell for upwards of £1200, better than your average Rag and Boneman prices. She has her own web site and has a  selling exhibitions at

The Ebor Ruggers,including rugs by Louisa and Lewis Creed. 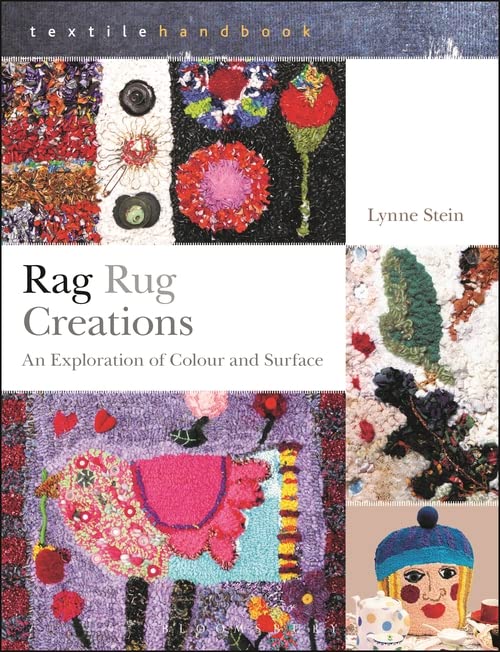 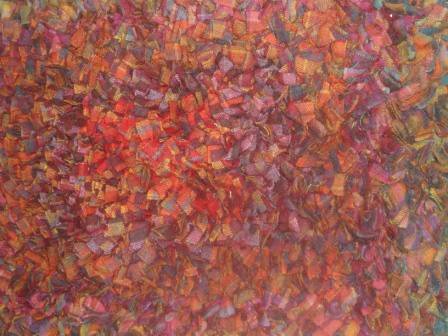 Rug Hooking for the First Time by Donna Lovelady£6.99 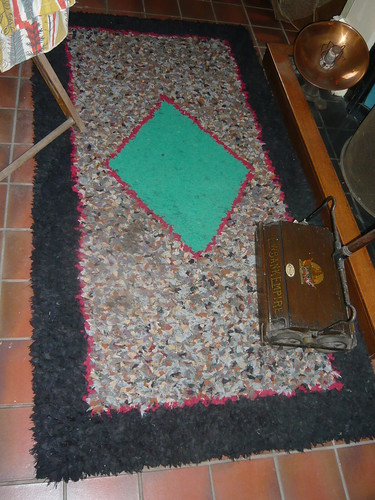 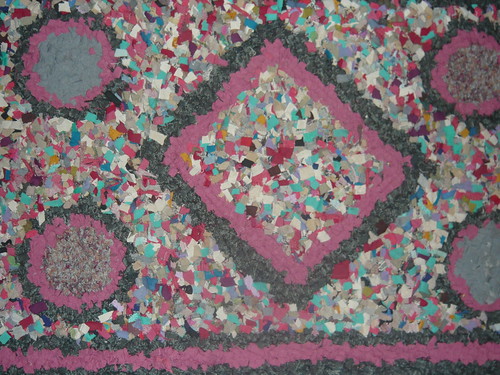 Rag Rug to a Bull

If you are looking for other craft hobbies why not try making your own soap. There are some ideas on ‘Craft Your Own Homemade Soap’.

9 Responses to Rag Rugs and Ragging