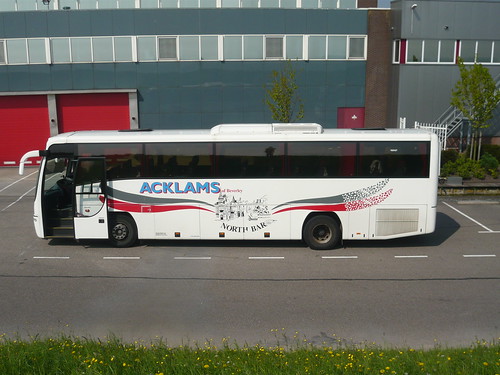 The Beverley Folk Festival 16 – 18 June 2017 is set to be another rip roaring success.
There is a long list of performers already booked to appear. As with other folk fests you also get ‘Pub Stuff’ in various hostelries around the town.

After all this why not take a coach home. This Beverley bus was spotted in Volendam in the Netherlands at the week end. I hope all the trippers make it back home for the festival.

Some of the Artists who have appeared in recent festivals performances include:

Link to buy tickets or offer comments on the Festival
Read about St Mary’s Church amongst the top ten churches in the East Riding.

One Response to Beverley Festival of Folk