Two hundred and ninety eight years after his birth in Otley, Thomas Chippendale is to star with Prince Charles in a  TV series called ‘Great Estates’. This staring role for Chippendale is largely down to his top quality furniture and its preservation in the Scottish stately home Dumfries House.

The TV Show on BBC Alba

The estate and Dumfries House had fallen in disrepair and the huge collection of Chippendale furniture was on lorries on the  way to London for auctioning. Prince Charles had been following the demise of the estate and saw the opportunity to restore the buildings, protect the furniture and to provide a community asset in an area of Scotland where unemployment is high.

With the furniture literally on the road adequate funding was found and the lorries recalled probably to the annoyance of the potential auction bidders who already had the catalogue to peruse.   Much of the funding came from Prince Charles own charity and his youth project is still involved on the estate. The house was completely renovated and the walled garden was being rebuilt at the time of the documentary. 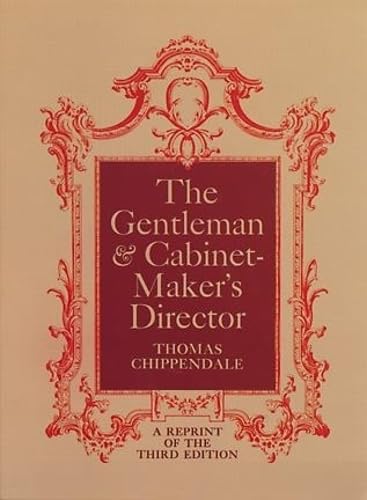 ‘A full reprint of 1762 style book with 200 plates plus 24 photos  is an inexpensive reprint of the original production but retains sufficient information to still offer an excellent resource for craftsmen, restorers and cabinet-makers alike.’ amazon review

Where to See Chippendale Furniture

Thomas Chippendale was commissioned to provide the sofas and chairs for Newby Hall. They were specially designed to fit around the room under French Gobelins  tapestries. ‘They are the only pieces of Chippendale furniture known to have retained their original upholstery and covers.’

Many of Chippendale’s pieces remain in the houses for which they were originally commissioned.   Nostel Priory  has one of the largest and finest  collections in the county.

The Chippendale Society has a collection of documents, drawings and furniture which is held at Temple Newsam House, Leeds.

This entry was posted in Uncategorized. Bookmark the permalink.