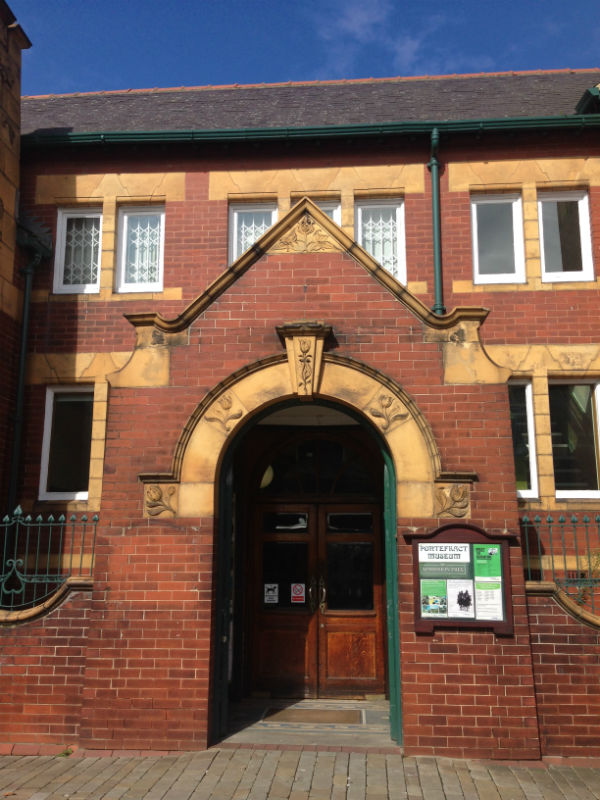 Pontefract has many fine buildings and a notable history to boot. Find out about them and lots more at the museum right in the center of town. It is housed in a fine looking red brick building built in 1904 as a Carnegie public library. There is still a reference reading library with interestingly titled sections.

Glass was a major industry in and around Pontefract and is still produced in nearby Knottingly. Glass moulding machines were first invented and used at the local works of William Bagley between 1871-86. Innovation in glass for use in the home included the art deco coloured glass on the 20th century. The museum has many examples of this type of moulded product and several books on the glass making industry.

On a recent visit I just missed the 2015 heritage open days but a list of the buildings on showis enough to tempt me back next September:

‘Have camera’ didn’t travel very far so I finish with another picture of the museum which was refurbished in 2015. 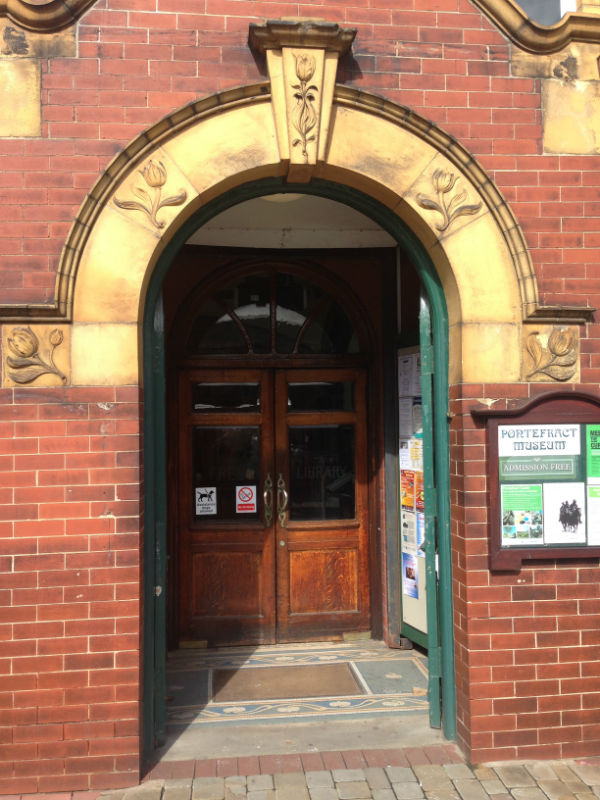 This entry was posted in Uncategorized, Yorkshire History and Heritage, Yorkshire Trips and Places. Bookmark the permalink.