Lord Hawke,  7th Baron Hawke of Towton played for Yorkshire from 1881 to 1911. He captained England 4 times winning all of those matches.

Stanley Jackson 1905 won his only test series against Australia and retired – some non Yorkshire captains should have retired as quickly. Stanley toped both the batting and bowling averages in his test series.

Norman Yardley captained Yorkshire from 1948 to 1955. He captained England 14 times winning 4 tests which under rates his innate ability.

Brian Close won 6 of his 7 tests drawing the other- obviously he had to be fired in 1967. Those sort of results are just not cricket! Local hero of our betting shop Brian sadly was stumped for the last time in September 2015 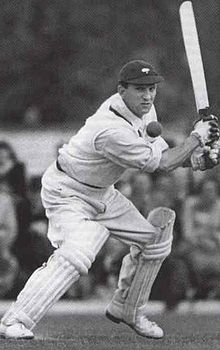 Len Hutton won the ashes twice as the first professional to captain England and MCC. Sir Len had a career average of 56.66.

Geoffrey Boycott has never been a favorite of the cricket establishment as evidenced  by the limited number of only 4 test matches  as captain and those when Mike Brearley was injured.

Ray Illingworth won the ashes in 1970/71 and started his captaincy with a run of 13 undefeated tests.  As Wisden’s Cricketers of the Year in 1960 in he was dumped as Test captain! First class records 24134 runs and 2072 wickets Ray is comming up to age 85

Michael Vaughan captained England a record  51 Tests winning 26  and losing 11.He retired in 2008 after 5 years as captain. He was less successful in One Day matches but again that’s not cricket.

Joe Root is the latest in our illustrious line of Yorkshire cricketers who have captained England at home and MCC away. He takes the best wishes of all supporters forward through 2017 and onward until he is usurped by the next Yorkshire captain.

This entry was posted in Uncategorized, Yorkshire Sport and Pastimes. Bookmark the permalink.