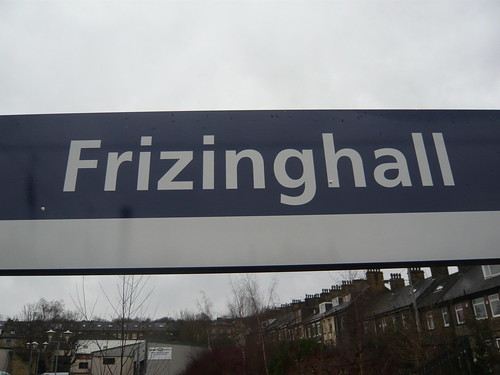 Frizinghall is now a suburb of Bradford but boasts it’s own railway station on the Ilkley and Skipton lines. 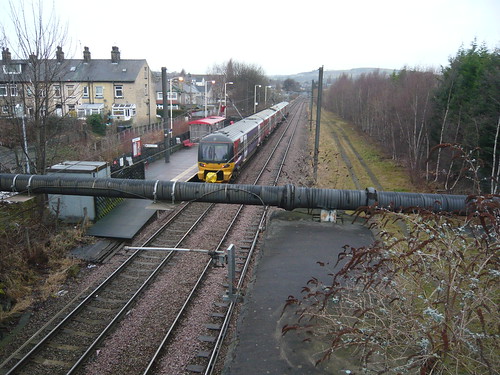 The station strikes me as unique for a suburban station. The west bound platform shown in the photo is well west of the eastern platform. In fact you have to cross a busy road via flights of steps and meander down the road to swap over from one platform to the other. 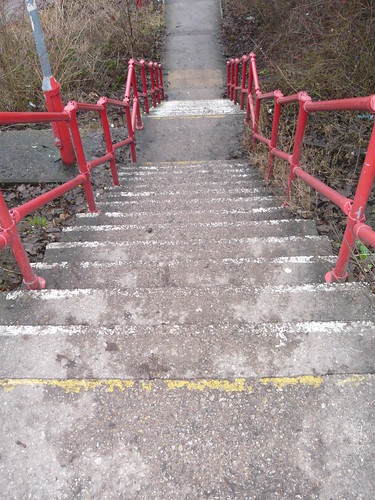 The steps at both sides are very steep. 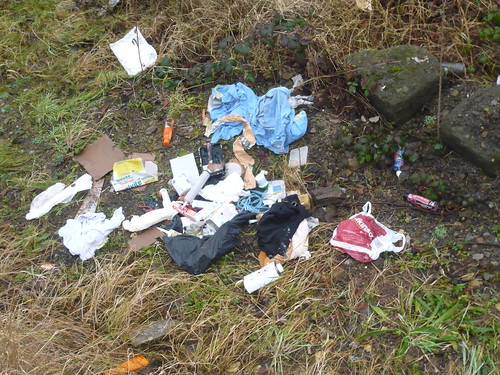 Litter is a major problem at the station.
Fly tippers use the area for no good reason.
Travelers using the station drop litter and mustn’t be proud of their local area as this picture shows.
The railway company can’t be bothered to clean up! Shame on them!
The local council has paths and by-ways passing the station that are in a dirty state. Time they did some enforcement and cleaning-up.

Bill Bryson, author and president of the Campaign to Protect Rural England have published a guide on complaining about litter.
Bryson attacked rail companies for awarding millions of pounds in bonuses to senior executives while failing to spend money to protect the environment see more in the Guardian
Network rail blame the public saying ‘railways are a prime target for litter and illegally dumped rubbish by members of the public. When members of the public throw their litter on to the tracks or leave it at the stations or dump household & building waste on our land, it causes us health & safety problems. For example, litter attracts rats to the railway. Rats like to chew on signal cables as well as rubbish and this can lead to signal failures, delays & even accidents’. 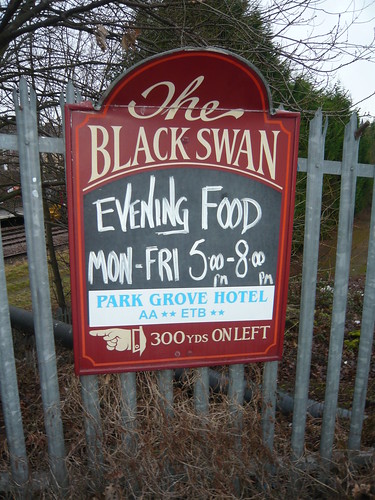 Not far from the station is a pub to slake your thirst, the Black Swan known as the ‘Mucky Duck’.
The muck sticks around the station so lets hope someone gets their act together.
We should all Keep Britain Tidy. For those criminals who do not do so, the council or landowners including rail companies should clean up their act.

One Response to Frizinghall and It’s Mucky Railway Station