Betwixed Leeds and Shipley Along the Canal

‘Leaving Leeds and heading towards Shipley’. The first 10 miles of the Leeds-Liverpool canal hold a lot of interest for walkers, fishermen and historians. It is a good 10 mile linear walk with pubs enroute at Newley, Rodley, Baildon and Greengates. 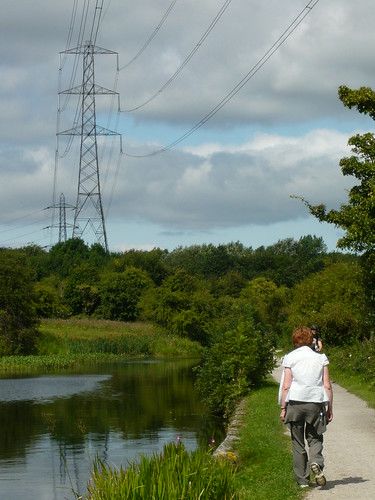 The Canal of the Roses – History

From the Leeds Liverpool Canal Society records comes this short history. Do not read it if you have a nervous disposition about Lancastrian perfidy.

‘In the middle of the 1700’s, Yorkshire was a well established woollen manufacturing area, while Lancashire’s industries were still in their infancy. Consequently it was in Yorkshire that the canal was first proposed. In the 1760’s the merchants there were keen to improve the supply of lime and limestone from the Craven district. This they used to improve the fertilisation of agricultural land and to provide a mortar which allowed them to increase the size and height of buildings used for weaving. They also hoped to expand the market for their cloth by gaining access, via Liverpool, to the growing colonial markets in Africa and America. The route they chose was up the Aire valley to Gargrave, then through Padiham, Whalley and Leyland to Liverpool. They would thus have a fairly direct route to Liverpool as well as reaching the limestone country around Craven. 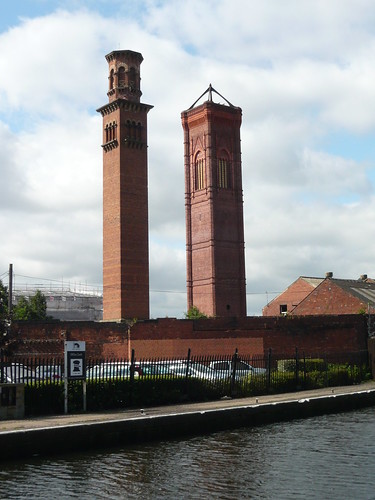 ‘Leeds needs to repurpose it’s Victorian buildings’ or loose them!

When the Yorkshiremen sought support in Lancashire they found that Liverpool merchants were more interested in acquiring a good supply of coal for the town from Wigan. They suggested a different route, through Wigan, Chorley, Blackburn and Burnley, joining the Yorkshiremen’s line at Foulridge. The two groups fell out over this, though they eventually agreed to a compromise. The Yorkshire line was to be followed, but there was to be a link to Wigan, with work starting at each end simultaneously.

By 1777, when the canal was open from Liverpool to Wigan and from Leeds to Gargrave, the company ran out of money. Construction ceased until 1790 when the economy improved and more finance was available. By then East Lancashire was rapidly developing as an industrial area and the canal proprietors realised that there was a greater opportunity for trade around Blackburn and Burnley. The proposed line of canal was altered and when it opened throughout, in 1816, it had been constructed along the route first suggested by the Liverpool merchants.’

Rodley has an interesting nature reserve mid way betwixed Leeds and Shipley on the canal side.
Apollo Cruises operate a boat bus service from Shipley in summer. It runs through Saltaire past the Fishermans Inn at Dowley Gap and over the aqueduct to the foot of 5 Rise Lock at Bingley. You can also hire a boat for c.30 people with a meal provided as I did for my 50th birthday. The Pie and Peas were amongst the tastiest I had eaten but I put that down to the drink license and the fresh air.

Walks abound around this area as the river Aire runs parallel to the canal for many miles. Formal walks are provided by the Waterboard or most bookshops but you can usually find your own circular route back to the starting point of take the Towpath Trod. 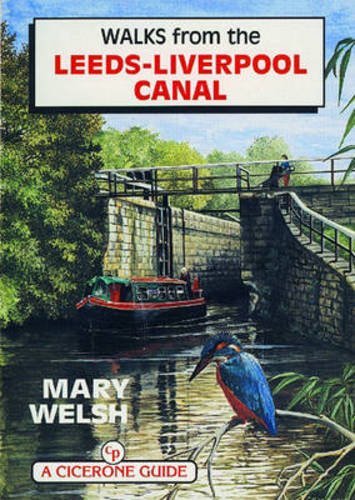 Fishing except under overhead cables, playing in parkland at Roberts Park and woodland activities at Hirstwoods are all available along the canal near Shipley and families can find a lot to do. For a day out you can do a deal worse than take the fresh air and exercise along Yorkshire Canals.

There is always something interesting to see alongside a canal withold mill chimneys and odd buildings as you enter the Shipley section from Leeds. The view from opposite the towpath at a boat turning circle at Dockfields and there is a wonderful old packhorse bridge (junction bridge 208) on the left sadly in need of a bit of TLC. This junction should be the start of the reopened link to Bradford, when they get cracking, the new canal side apartments will doubtless rise in value (but not aesthetic appearance). 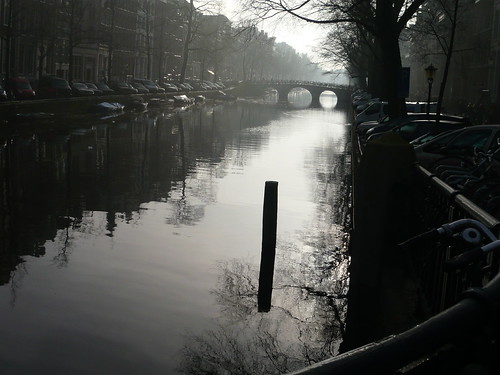 This atmospheric photograph proves Holland also gets fog on the canal but it doesn’t smell as good as Yorkshire fog or our canal.

This entry was posted in Transport and Travel, Yorkshire Facts - Interesting and Unusual. Bookmark the permalink.