Some folk think we are in the pocket of the United States of America when it comes to military strategy, intelligence gathering and surveillance. Tell that to Gary McKinnon’s extraditors. 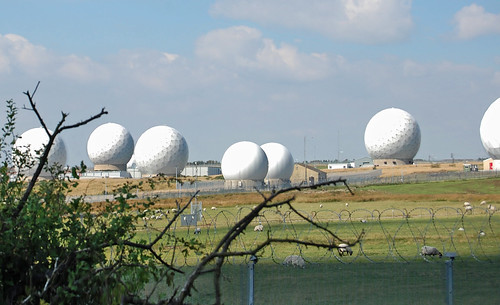 Yorkshire Campaign for Nuclear Disarmament will hold their Annual ‘Independence from America’ demonstration appropriately on 4th July.
The Campaign for the Accountability of American Bases will hold its demonstration outside the main entrance to NSA Menwith Hill, near Harrogate.There will be various speakers and music provided by the band Monkey Wrenchers, Roy Bailey and Daftasadrum amongst others. 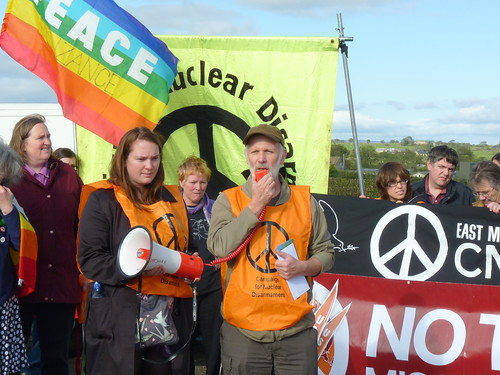 The American’s ‘Independence Day’ is known as “the Fourth of July” celebrating the publication of ‘the declaration of independence’ from Great Britain in 1776.

Photo Credits
Menwith Hill Radomes by tj.blackwell CC BY-NC 2.0 ‘Menwith Hill Radomes
It’s a shame I didn’t have more time to stop to shoot from a better angle and sort out the exposure values for this image, but it was in my interest not to annoy the patrolling police any further after the friendly little ‘stop n search’ interview we had earlier.
The moorland surveillance base (near Harrogate, Yorkshire) is guarded by UK Ministry of Defence Police who are paid for and under the operational control of the Americans and is enclosed by an alarmed security fence topped with razor wire and with CCTV cameras mounted at regular intervals along it.’
Menwith Hill Day of Action 2011 068 by Campaign for Nuclear Disarmament CC BY 2.0
81 keep space for peace by Vertigogen CC BY-NC-SA 2.0 ‘Menwith Hill US Spy Base’ 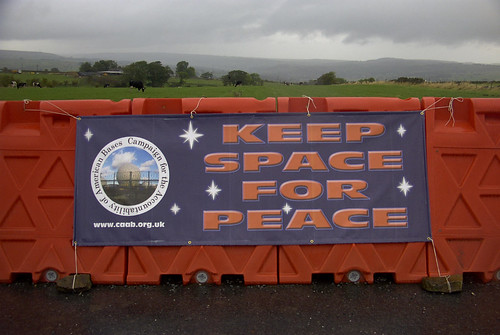