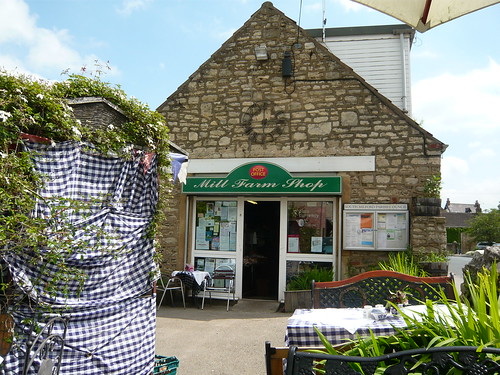 It is hard to make a living at most retail ventures and no more so than at rural post offices. I was therefore mightily impressed by entrepreneurs running the South Milford Post Office during a recent visit. 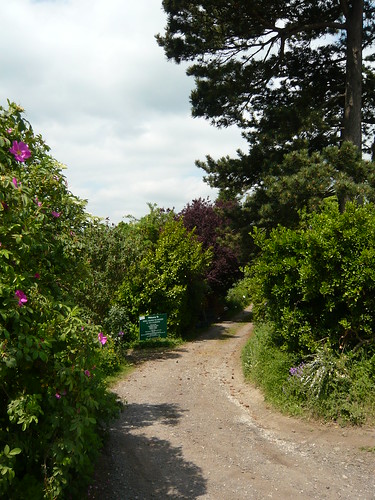 I was on a mission to find a small friendly nursery that I had visited a decade or so before. I just remembered that it was up a dirt track and had an adjacent tea room – a double win!
Mill Farm nursery and tea garden is ‘A truly quaint hobby Nursery for real Gardeners’ selling only hardy perennials and shrubs that are cold grown and sold outside throughout the year.
Famous for offering the best value for money plants that grow year after year. There are two basic offers that are 20 perennials of your choice for £15 or 12 shrubs for a similar £15. These are well grown plants in substantial 5″ pots or deep plastic containers. You are given or take a pencil, plant label and cardboard box and left to make your own selection. My 32 plants cost £30 but all are all plants that I hope to appreciate over the coming months and years.

There are no signs to direct you but you turn up by the side of the post office then follow the dirt track until the nursery appears on the left. The big disappointment was that the Tea Room was closed due to a couple of poor summers (and dare I say it lack of publicity)
Never the less there was a helpful redirection to the Post Office, which explained they had taken over the mantle of refreshing the gardeners who visited the nursery, and even displayed the Post Office menu. 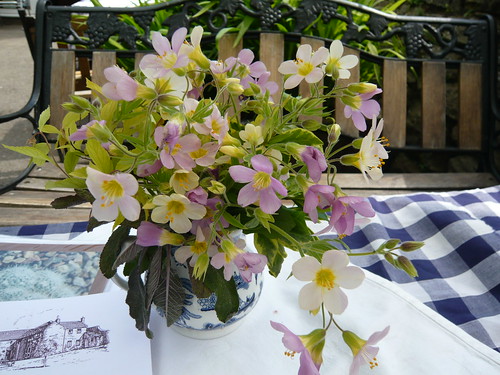 I think this shop was a cake shop and post office rather than just a post office selling food so large was the choice for those with a sweet tooth.
I ate a whopping tuna salad and received a complementary strawberries and biscuit on the side with my Tea. I have a good appetite but could only manage half a caramel shortcake it was so large. (I couldn’t wrap the remains in a serviette as I had been given a laundered linen one tied with lace (not what you expect from a Post Office).
Near the outside tables was a stall selling vegetable farm produce to visitors and locals as I guess the nearest greengrocers would be many miles away.

On the basis of use them or loose them I encourage you to visit the plant nursery and the Post Office to see South Milfords entrepreneurs in action.

This entry was posted in Food and Drink & Yorkshire Products, Yorkshire Business and Money, Yorkshire Trips and Places. Bookmark the permalink.