Pork Pies and other Growlers

Just a 2017 reminder not to forget your ‘Christmas pie’. Stand pie, Gala pie or large pork the variety will not matter but I shall pass on a Melton Mowbray. 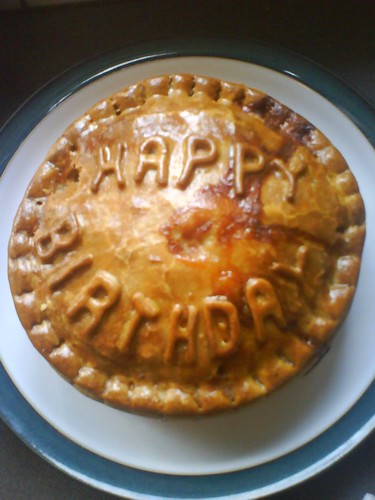 Yorkshire folk are not fetishists but we do love or at worst like our pork pies. Why not ask John Prescott!

In April 2010 pie fans, including superhero Pie Man, lined the cobbles outside the Old Bridge Inn, Ripponden, to sample  entries in the 18th annual Master Pork Pie Maker competition. then there was the internet sensation the Burger King Pie Man. . Get along to snarf a great pie from around the country and remember last years overall winner was Simon Haigh of Hinchcliffe’s in Netherton near Wakefield.

5 Responses to Pork Pies and other Growlers