Parkin and Gingerbread are two famous Yorkshire favourites with their own local recipes and variations. Which do you prefer? Perhaps like me are you partial to a bit of both? 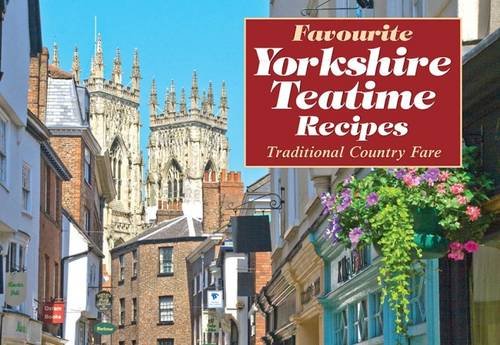 Gingerbread distinguishes itself with golden syrup and brandy in a Wakefeild concoction that sounds almost too good to be true. In North Yorkshire the Startforth version of gingerbread in the book ”Yorkshire Teatime Recipes’ uses black treacle, brown sugar and a good pinch of bicarbonate of soda plus the usual suspects. Bi-carb dates from the 19th century when it was first used for aeration to produce light cakes.

Parkin is a Yorkshire favourite containing oats or oatmeal and in my favourite versions with far more ginger than in gingerbread. Sticky Parkin was made by my mother in law but I hanker for the fresh irresistible parkin made by my own mum. I can’t be waiting a week or so before sticky parkin has matured in a tin to become truly sticky.

Rhubarb Gingerbread has the normal attributes of it’s kind with the added attraction of a layer of crystallised ginger and rhubarb pieces like a rhubarb sandwich. Wakefield, the home of the rhubarb triangle, has its own local version of gingerbread worth tracking down in a local cafe.

I tried to drop subtle hints in the last paragraph combined with the absence of full recipes which could be found in the amazon book. Why bake yourself? Instead, enjoy yourself tracking down as many varieties of homemade gingerbread and parkin in tea rooms and cafes around the county. You could be in for a ‘reet treat’!

Ginger Sponge and ‘Soggy Moggy’  are variations on the theme which can combine elements the products above. I like a bit of plain cake containing a generous portion of dried ginger, I’ll leave the fresh ginger to others.

To go with custard, a good Ginger Pudding can’t be beaten especially if there is some golden syrup at the bottom of the pud. I don’t think I have ever had a ginger suet pudding but now there is an idea for the chef to ginger up desserts.