The Queens Gallery at Buckingham Palace houses the Royal Collection including a large number of works by Thomas Rowlandson (1757-1827). We would think of them as cartoons suitable for publication in satirical magazines like The Oldie or Private Eye.
The watercolours and prints were parodies of the rich, powerful and or famous and cut to the quick. Sold as prints they reached a wider audience than art work or individual paintings would have done. 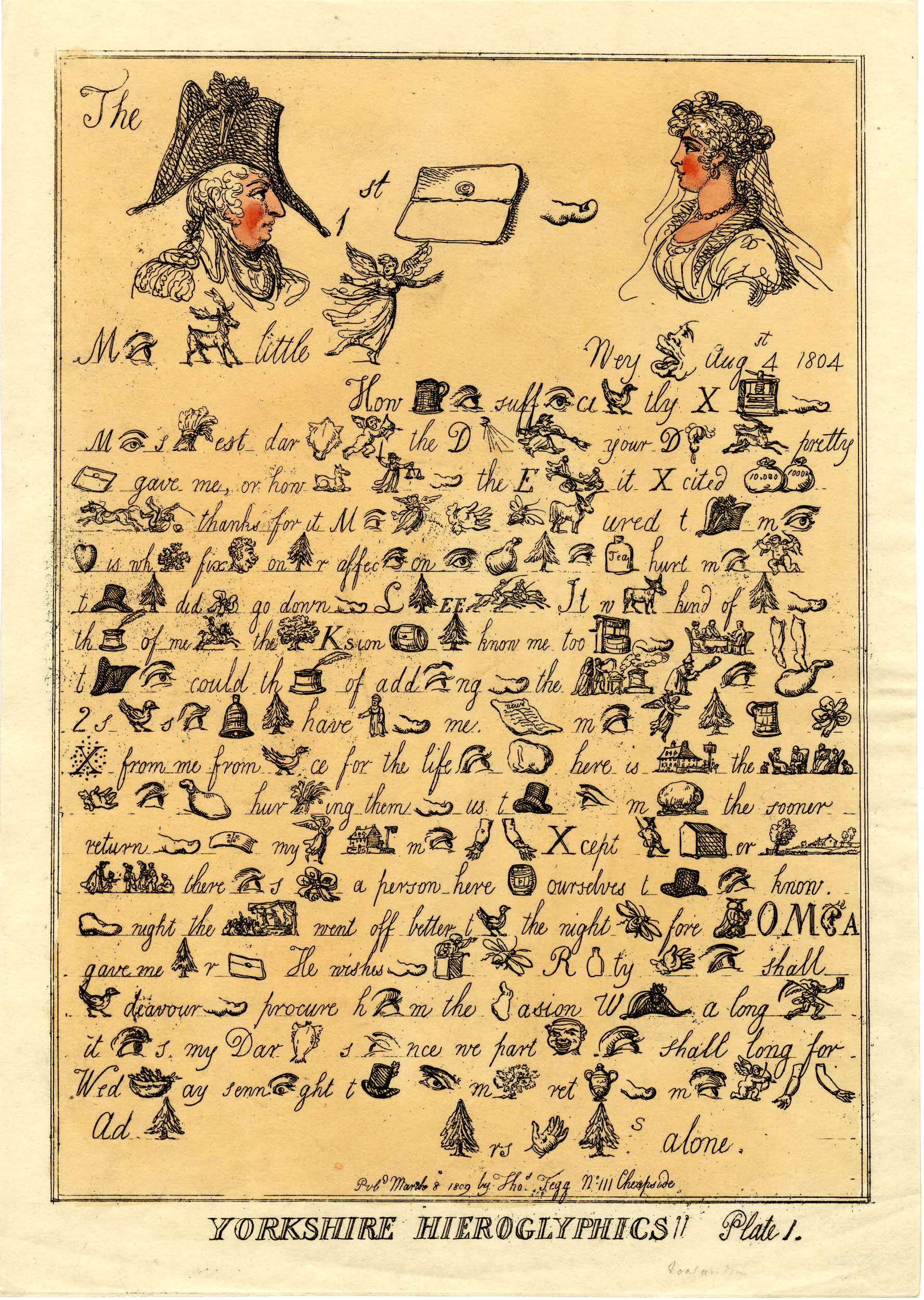 ‘A hand-coloured print of a love letter from the Duke of York to his mistress Mrs Clarke written in pictograms (‘hieroglyphs’). It paraphrases  The Duke of York’s 1st letter to Mrs Clarke, Weymouth Augst 4 1804   ‘ My dear little angel How can I sufficiently express to My sweetest darling Love the delight which your dear dear pretty letter gave me, or how do Justice to the emotion it excited…’ 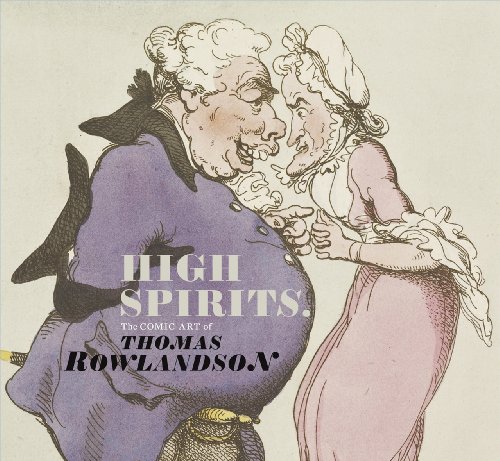 Thomas Rowlandson has a passion for Yorkshire and published pictures of Ferrybridge and ‘The Wells’ at Harrogate.The book from Amazon shows the lighter side of his work.

As a character of some renown Thomas was able to produce racy and sexual work for Georgian society as this book from Amazon would show.