Coiners historically were people who were makers of counterfeit coins or those who ‘coins money’ by clipping or filing off bits of valuable metal. They literally were ‘coining it in’.

A tour d’Yorkshire book from and about old ‘Cragg Vale’. 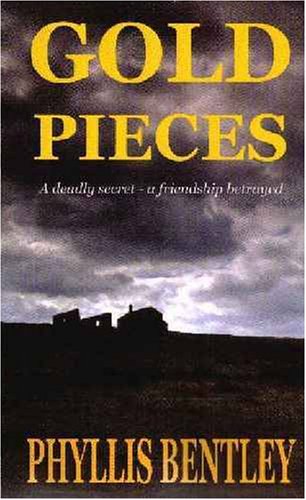 There is nothing counterfeit about the currency of books by Phillis Bentley. Her book about the Cragg Vale Coiners ‘Gold Pieces Tales from the Tops’ is one of her 15 major novels that emphasised her knowledge and love of Yorkshire, the mill owners, the work force and the occasional coin operator from around Halifax. Gold Pieces is seen through the eyes of a twelve-year-old boy,

Phillis was writing at a time when middle class girls were just emerging from the constraints of the Victorian era. J B Priestley wrote of her ‘The truth is, it is about five times harder for a woman to be a professional writer than it is for a man’.
After penning ‘Environment’ in 1922 she took to heart the problems of the slump in the West Riding and wrote her defining work ‘Inheritance’. This was based on the story of three generations of a family engaged in the textile trade. Like Gold Pieces it drew heavily on her knowledge of the Calder Valley and her home region.

Other books by Phyllis Bentley

Phyllis was born in 1894 and looked after her mother until she died at age 90. Phyliss herself died in 1977
In 1967 Inheritance was filmed by Granada TV, with John Thaw and James Bolam.
Moving with the times many of her books are now available again on kindle
Phyllis became a professional lecturer and had a spell binding voice when talking about The Brontes.
At her funeral in Halifax she was described as ‘a one woman Yorkshire Institution’
For more on the real life Cragg Vale Coiners read Homeland