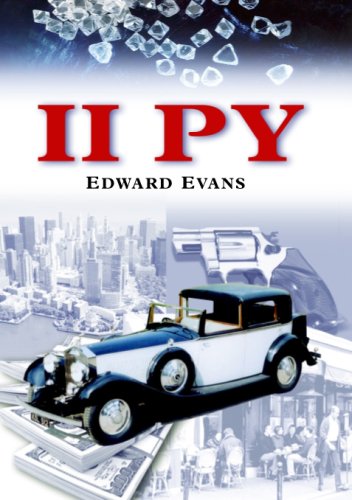 When a Haworth based family buy a beautiful vintage Rolls-Royce, little do they know they would get more than they bargained for. Named after the car’s registration II PY this book by a local author is ‘Fast-paced and action-packed, II PY takes us on a rollercoaster ride through the landscapes of Britain and France, where the old world charm of nostalgic rallies and vintage shows collides with a ruthless, audacious underworld of gangland bosses. Part taut thriller, part homage to one of automobile history’s greatest cars, II PY will have you on the edge of your ivory leather seats!’

Defeating the ‘Crims’ time after time the plot is starting to wear thin as it takes the police such a long time to catch on. For a fast read and ‘the thrill of the chase’ this is an enjoyable read and cheap to borrow from the library.

Look out for this registration plate on a car near Haworth. That is where the author and his own car live and until this book is made into a film I guess they won’t be moving to Monte Carlo.

These lesser known Haworth authors have had large parts of the county named after them and on that basis need no publicity from this web site.